A Memorial Day tribute to courage

From time to time it is good to reflect on the many blessings we have as citizens of this great nation. And Memorial Day is a particularly good time to reflect on those who have given so much so that we can have these blessings.

In San Diego we are fortunate to have the Veterans Memorial and Museum Center (VMMC) in Balboa Park. Housed in a former U.S. Navy chapel, the VMMC pays suitable and sometimes sobering tribute to military men and women. Some of those recognized gave their lives in service to our country. Some of those are recognized by their acts of courage and heroism.

One of the displays tells a story that, if it were not true, would seem like something written for a movie. It also happens to be a story of a man who is one of San Diego’s most prominent lawyers: Dennis Schoville, who was shot down while flying a helicopter in Vietnam. Known by his friends as Denny, the display tells a story that comes close to being unbelievable.

Most of what Americans know about our national experience in Viet Nam has to do with war crimes like Mai Lai, or depictions of civilian casualties such as the famous photo of the naked 12-year-old girl fleeing her village aflame or of that Viet Cong being summarily executed during the 1968 Tet Offensive.

Or they still wonder how and why we got there and why we didn’t leave sooner.

Incredibly, most do not know of the honorable, hard service of those who served in America’s most unpopular war. Many Americans do not want to know and most veterans of that war do not want to talk about what it was like.

I’m one of those who served in Vietnam. We did not always know what was going on in the war or at home. Sometimes we sat for hours or days waiting for orders. And so we dreamed.

We dreamed of home — of American girls, of cars and of hamburgers. We lived for letters from home. We counted the days until we would return. We fought fierce battles for small amounts of ground or to just tally a body count. 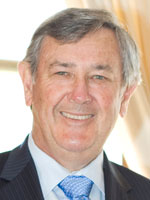 The food was lousy. Bugs were everywhere. Your clothes were soaked from either rain or sweat. It was nearly impossible to be comfortable. Privacy was difficult. A sound night’s sleep was elusive. Death was always near. Some days we would cradle a fellow soldier in our arms, both of us knowing he would soon be dead. 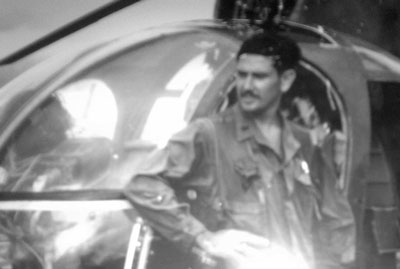 Dennis Schoville is seen in 1969 next to an OH 6A helicopter in the Vinh Long Province, Vietnam. Photo courtesy of Timothy Lickness 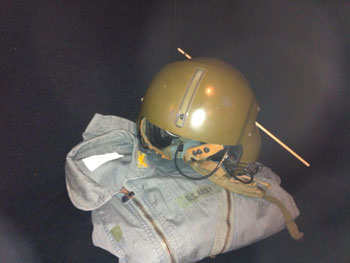 The Denny Schoville display. The wooden dowel marks the path of the bullet through the helmet, which Schoville was wearting at the time. Courtesy photo

Those days are now over four decades ago, but the VMMC brings those experiences forward so we can appreciate the soldiers of Vietnam and of all the wars America has fought.

Stop and look at the Denny Schoville display. There you will find the helmet he was wearing Nov. 11, 1969. Incredibly, it was Veterans Day.

Young Lt. Schoville was flying a scouting mission in the Mekong Delta area of South Vietnam. On that day his mission was to find and mark enemy positions so that artillery, air strikes or infantry attacks could neutralize the enemy. With him was a Canadian pilot in training.

Flying in a LOHC helicopter, sometimes called the sports cars of helicopters, Schoville spotted the enemy and dropped the ordinance that would signal their location. Unfortunately, a second drop was necessary, which created a dangerous situation. Now the LOHC was the target of enemy gunners, and after dropping the second signal round the LOHC was hit multiple times.

One of the bullets passed through the bottom of the aircraft and entered Denny’s leg. But another shot is what makes this story so amazing.

A bullet entered one side of Denny’s helmet and exited the other in what looks like a trajectory that takes it right through Denny’s skull. Fortunately, after going through his helmet, the bullet deflected and only grazed Denny's scalp and then exited the top of the helmet.

Denny had the presence of mind to guide his craft back to friendly-held terrain before make a controlled crash landing. Denny was awarded two Silver Stars, the Distinguished Flying Cross, the Bronze Star, multiple air medals including three for valor, and three Purple Hearts, among other medals for this and many other missions.

This exhibit at the VMMC along with so many other exhibits pays well-deserved tribute to Denny and many other men and women who have given us so much.

Memorial Day is a perfect time to visit the VMMC and to personally pay tribute to our brave military men and women. It’s well worth the time to honor courage, bravery and commitment.

Lickness is a resident of San Diego and served in the infantry in the Vietnam War.

View all comments
User Response
1 UserComments
Vic Enchelmayer 8:30am May 29, 2013

Thanks, Tim, for sharing this on Memorial Day. I, too am proud of my military service including my tour with the 1/502 of the 101st Airborne Division in Vietnam in 1971-72. I appreciate your positive comments about those who served in this war. Glad to be your fellow Vietnam Veteran and to be the Father in law of your niece, Beth!