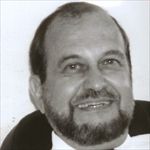 Columnist and author Thomas Elias writes a syndicated politcal column appearing twice weekly in 70 newspapers around California, with a circulation of over 1.89 million. He has won numerous awards from organizations like the National Headliners Club, the California Newspaper Publishers Association, the Greater Los Angeles Press Club, and the California Taxpayers Association. He has been nominated three times for the Pulitzer Prize in distinguished commentary. Elias is the author of two books, "The Burzynski Breakthrough: The Most Promising Cancer Treatment and the Government's Campaign to Squelch It" (now in its third edition; also published in Japanese and recently optioned for a television movie) and "The Simpson Trial in Black and White," co-authored with the late Dennis Schatzman. He is currently at work on a third book about his experiences with kidney failure and later as a kidney transplant recipient. Elias was the West Coast correspondent for Scripps Howard Newspapers for 15 years before he began writing books. Among many other assignments in that position, he covered eight national political conventions; every planetary fly-by; the rise of the AIDS plague; several World Series, Olympics and Super Bowls; two papal visits; several national political campaigns; as well as conducting numerous investigative projects. His work has resulted in the unseating of two judges; helped create a major state park and cause significant changes in the federal treatment of immigrants. A former Asociated Press staff writer, he keeps his hand in spot news and feature reporting by serving between book projects as a regular contributor to Long Island Newsday and the national Cox News Service. He has made numerous radio and television appearances on such programs as the Today Show, CBS This Morning, the CBS Evening News, Larry King Live, Rivera Live and C-Span's Book TV. Elias holds a bachelor's and a master's degree from Stanford University. He has taught journalism at the University of Southern California, California State University at Northridge, and two other Cal State campuses. He has been honored for his volunteer work by the Los Angeles Human Relations Commission, the National Kidney Foundation and the Anti-Defamation League. He serves on the national advisory boards of the Polycystic Kidney Research Foundation and the Center for Talented Youth, John Hopkins University. Elias lives in Santa Monica, Calif., with his wife Marilyn, a health and science reporter for USA Today. They have one son, Jordan.

If this seems like déjà vu, that's because it is. For the 29th time since he was convicted in two of the nine gruesome killings conducted by the cult-like Charles Manson "Family" in the late 1960s, Bruce Davis, 72, is up for parole.

Anti-vaxxers threaten the freedoms of others

Imagine a California where polio becomes a threat to children's health as it was before the 1950s, when first the Salk vaccine and later the even more effective Sabin formula threw this dreaded and crippling disease and all its iron lungs into dormancy.

For many years before formal investigations by both state and federal authorities began, it was clear the California Public Utilities Commission consistently favored big utility companies over consumers at every opportunity.

Back in June, the president of the University of California promised on national radio that the UC Board of Regents would vote in its next meeting — in July — on whether to adopt the U.S. State Department’s definition of anti-Semitism.

The more time goes by since last fall’s passage of the high-minded Proposition 47, the more it begins to look like a well-intentioned mistake.

Almost no one seemed to notice last month, when California's new budget took effect, that another distinction between citizens and non-citizens was breached. Voting now is about the only area left with a clear line between legal immigrants and citizens. Even for the undocumented, there are few privileges or rights they can't now enjoy.

Four potential ballot initiatives completely legalizing marijuana are in the works for California’s next general election, with pot advocates yet to choose the variation that will get their concerted push.

Latino fears of losing clout may be valid

Fear and anxiety have been in the air around California’s Latino political leaders in the weeks since the U.S. Supreme Court announced it will hear arguments next fall in a Texas case challenging the 51-year-old legal and political doctrine of one-person, one-vote.

On June 25, just one week before many California motorists began paying upward of $4.30 a gallon for gasoline, the Bahamian-flagged tanker Teesta Spirit left Los Angeles headed for ports on the west coast of Mexico carrying more 300,000 barrels of gasoline refined in California.

Electric agency nod a reward for going along with corruption?

California consumers can be excused if they’re beginning to wonder whether Gov. Jerry Brown cares a whit about blatantly corrupt conduct by some of his appointees to very high state offices.

Water flows downhill. It’s a basic reality now playing out 500 feet below the surface of California’s farmland from the fertile Central Valley to the citrus orchards of Riverside and San Diego counties.