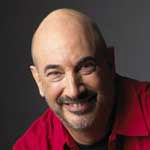 Jeffrey Gitomer is the author of The Sales Bible and The Little Red Book of Selling. President of Charlotte-based Buy Gitomer, he gives seminars, runs annual sales meetings, and conducts Internet training programs on selling and customer service at www.trainone.com. He can be reached at 704/333-1112 or e-mail to salesman@gitomer.com

Time is on your side, as long as you understand it

Time is money. You've heard that expression a thousand times or more. And as many times as you've heard it, you have universally ignored it.

Dream your way to sales success all day long

Ever dream? Ever had a scary dream? Think you were dying? Falling? Wake up in a sweat? What causes dreams?

Uncovering your own secret of selling

Think about the last few things you purchased. They hold the secrets to increasing your sales.

A new way to think about the way you present

Where is value in your sales equation?

Show me the value or I'll show you the door

How do you make a sales presentation?

How do you picture yourself?

How is your ability to make the sale?

“Jeffrey, what’s the best way to make a sale?”

How to find your missing power

Perhaps the most powerful principle Napoleon Hill wrote about, and certainly the most enduring, is the ninth step toward riches: “Power of the Master Mind.”

Value is the king of sales and the queen of service

Value is perhaps the most elusive word in sales.

How to change your attitude toward change

Change is coming. Do you have fear or joy? Worry or positive anticipation?

Becoming referable is a matter of earning trust

A good friend gave me a book about building your business through referrals. “The best marketing strategy is to be referable,” the author writes. He is correct.

Learning secrets of the sales greats

“America’s Twelve Master Salesmen,” written and published by B.C. Forbes & Sons in 1953, was based on the fact that each of these master salesmen had one powerful, overriding principle or philosophy upon which success was based.