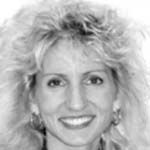 In addition to federal and state law, there are a number of ethical rules that relate to the issue of bias and discrimination in the practice of law. A working knowledge of these rules is essential to ensure that you are not only maintaining a workplace free from actionable discrimination, but you are also maintaining a legal practice that is successful as well as ethical.

Leveling the playing field, part III: What is a 'religion'

This month we continue our examination of the legal and ethical rules that govern cases of bias and discrimination in the legal profession. One area that continues to receive attention is the issue of what type of philosophy or world view qualifies legally as a “religion.”
What is a religion?

We all remember the movie “Disclosure” with Demi Moore and Michael Douglas, in which Michael Douglas portrayed a male employee suffering legitimate sexual harassment from his former paramour, played by Demi Moore. That film turned out to be a sign of the times.

Leveling the playing field, part I: the law

Issues of bias and discrimination affect lawyers, law firms, their employees and their clients, around the globe. Because of the complexity of laws in this area, even well-meaning lawyers may stumble over one of the provisions of the myriad of laws and regulations prohibiting expressions of bias, discrimination or harassment in the workplace. This article series will cover some of the most relevant laws, both federal and state, and the applicable rules of professional conduct. It will also examine some of the current trends in discrimination and sexual harassment in the workplace.

You are scrolling through information posted on social media sites about a key witness against your client. From blog posts attributed to the witness, to photographs of the witness sporting a large tattoo of a marijuana leaf, to a group photograph of the witness with several other witnesses in the case at a bar — “shared” by one of the individuals in the photo and bearing a date stamp of a night the key witness testified in his deposition that he was asleep at home.

In this final segment of the Green Law Office and paperless practice, we examine the duty of confidentiality. One of the most common pitfalls surrounding the use of electronic communication is the failure to recognize the danger of accidentally revealing client confidential information.

In this segment of the Green Law Office and paperless practice we examine the duty of competence. Many lawyers resist the transition from pen and paper to computerized practice.

This month we continue our examination of the application of existing ethical rules to the green law office. Paperless practice is fast replacing the old system of legal practice with respect to everything from client communication, to legal research, to storage of files. What many lawyers fail to recognize, however, is the same ethical rules that apply to offline legal practice apply online as well. One of the biggest areas of concern regarding electronic communication relates to the use of email, privilege and privacy ó or lack thereof.

Most lawyers in today’s world have set aside their fountain pens and yellow legal pads and opened their laptops. Many lawyers have taken paperless practice to the extreme, carrying all of their data in a flash drive that hangs around their neck and storing all of their files in the cloud. With the disappearance of physical client files and related materials, what ethical rules can potentially apply within the contemporary world of the Green Law Office? The answer is: the same ethical rules that apply to a lawyer practicing law with a yellow pad and fountain pen. The difference is in the application.

'Friendship' and the appearance of impropriety

'Friendship' and the appearance of impropriety

While modern lawyers might argue cyberspace “friends” are much more like acquaintances than live friends, ethical guidelines may not make such a distinction. So, given the significant amount of lawyers who regularly utilize online social media, the question becomes: Who can you be “friends” with on social networking sites?