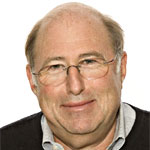 Phil Baker is an expert in new product development and market development for large and small companies. He has held senior product development and marketing positions with Apple, Polaroid, Seiko, Proxima, Atari, Polycom, and Think Outside. He has pioneered the use of Far East resources to bring products to market quickly and cost-effectively. His products have won numerous awards including Best Computer Product of 2000 from PC Magazine and design awards from Business Week, ID Magazine, and numerous other publications. Phil founded Think Outside, inventor and manufacturer of the most popular PDA accessory ever, the Stowaway folding keyboards. He previously managed product development for Seiko, Apple Computer, Polaroid, Polycom and Proxima. Products include notebook computers, PDAs and other handheld electronics, cameras and optical devices, software products, electronic projectors and printers. Baker holds more than 30 patents. He received a BS in physics from Worcestor Polytechnic Institute in Worcester, Mass., an MS in engineering from Yale University and an MBA from Northeastern University. Phil currently provides consulting in product development and market development for companies in the consumer and computer segment. Phil was San Diego's Entrepreneur of the Year 2000 for Consumer Products. He serves on several boards and resides in Solana Beach. His website is www.philipgbaker.com. His e-book for Kindle, "The Best of Phil Baker-2011: Personal Technology at Home, on the Road and on the Go," is available through Amazon.com now.

When I wrote two weeks ago about a frightening experience that a friend experienced on an Uber ride, I was contacted by a second Uber customer who also experienced a scary incident a few days later. I learned something very surprising when I spoke with her: The Uber app has a major flaw that adds more risk to an Uber trip.

The cellular companies are losing some of their hold on our cellular services and that's a good thing.

Another side of Uber

Several months back I reviewed Uber and described how much I liked using it. In fact, I compared it to having a driver at your disposal, being able to call for a ride whenever needed.

Here are updates on products I’ve reviewed before: the Chevy Volt and Apple Watch.

Pros and cons of new technology

I’ve been trying out two products that perform completely different functions yet have many similar elements. They represent the new wave of products called the Internet of Things, devices that use a wireless connection to the cloud to provide services in the home.

Two outstanding printers for home-office use

Printers can produce a love-hate relationship. We love the utility they provide and their low cost. But we hate the high cost of ink cartridges, sometimes priced at more than the printer itself.

Android for your car: A work in progress

The auto industry has strived to build technology into its cars to manage navigation, the phone and entertainment. Most in-car systems in use now are designed in-house or by large original equipment manufacturer suppliers to the industry, such as Denso.

I’ve been trying out a product that’s designed to improve cell service, both data and voice, in the home. It’s called the Cel-Fi Duo Signal Booster from Nextivity, a San Diego-based technology company.

The merits of cellphones as travel cameras

I consider myself to be a good photographer, although sometimes I become more focused on the equipment than the results. Before vacations I obsess about which camera to take along. Should it be my prized Leica digital rangefinder, a pocket-sized Canon or Sony, or something in between, such as a Leica D-Lux 109, slightly larger than a compact camera?

Don’t leave home with only an Amex card

American Express positions their card as the one never to leave home without, and that they are wherever you are around the world. But on a recent trip, they let me down just when I needed them the most.

TSA is failing us

Homeland Security personnel ran a test a few weeks ago to determine how effective the screening is at U.S. airports. The results were dismal. The Transportation Security Administration failed to detect fake guns, bomb parts, and explosives in 67 out of the 70 attempts, failing 95 percent of the time.