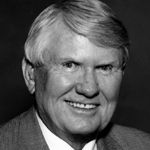 Larry Stirling graduated from San Diego State University in 1964. He then enlisted in the United States Army, was commissioned, and served 20 years as an infantry officer; four on active duty and 16 years in the active reserves. He commanded a company in Korea from mid-1967 to mid-1968. Upon release from active duty, Larry took a job as an adminstrative analyst for the city manager of the City of San Diego. Four years later he was selected as the finance director for the San Diego Association of Governments (SANDAG). Four years later, with the help and guidance of Lee Hubbard and Pete Wilson, Larry was elected to the San Diego City Council. In 1980 he was elected to the State Assembly and served four terms. In 1988, he was elected to the State Senate where he served until appointed to the Municipal Court bench by Governor George Deukmejian. Upon unification of the state's trial courts, Larry was elevated to Superior Court judge where he served until 2003, when he retired. Larry now serves “of counsel” to the distinguished business and finance law firm of Teeple Hall and as “senior counsel” and director of mediation services for the statewide law firm of Adams Kessler which specializes in the Davis-Stirling Act. He is also partner in Sacramento Advocacy, a Sacramento-based lobbying firm. Larry is married to Linda who is a Senior Vice President and financial advisor with the Pacific Mountain Group of UBS Financial Services. The Stirlings have three adult children, Greg, Shenandoah and Jason. Larry is a member of the Downtown Rotary Club 33; a lifetime member of the Veterans of Foreign Wars and the California Bar Association. Larry is the author of two books, Leading at a Higher Level, a book on public administration reform; and Asked and Answered, a book on practical courtroom evidence.

Making Sense Of It

Requiem for a heavyweight

Rod Serling, Army veteran of numerous pitched battles during WW II in the South Pacific, earned his overdue recognition as a thoughtful writer with the timeless drama of an aging heavyweight fighter facing the end of his career.

On a recent morning, I was tasked by wife Linda to deliver a load of flower arrangements she had spent hours preparing to a fellow Rotarian in La Jolla.

The disaster that is Old Town

The merchants of Old Town, especially along San Diego Avenue, are making a killing.

“Dr. King, what is our water situation?” I asked our water department director in 1977.

Time to revisit the Protestant Reformation

During March of 2013, a Roman Catholic papal conclave was convened in the luxuriously appointed Vatican to consider the replacement for Pope Benedict XVI, who unexpectedly resigned well before his death.

Who are the actual 'troglodytes,' governor?

At a recent speech in Canada, Jerry Brown went behind our collective backs and referred to millions of us fellow Californians as "troglodytes."

The San Diego City Council recently decided, once again, to spend billions to reclaim sewage and then reinsert the resulting product into San Vicente Reservoir, where it will re-enter our (drinking) water supply.

Just what is ‘torture’?

Now that our U.S. Sen. Dianne Feinstein has roundly condemned torture, it might be a good idea to learn what she is talking about.

The truth about Thanksgiving

Nations survive by nurturing positive myths about themselves. There is nothing wrong with that when one considers the alternative, which is chaos.

Desmond Tutu: ‘They are lickspittle’

During a recent trip to southern Africa, Linda and I read the above headline in the “Cape Times,” the dominant daily newspaper in lovely Cape Town, South Africa.