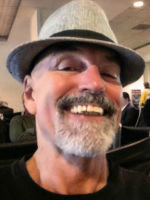 Stan Sewitch has over 35 years in business as an entrepreneur, consultant and executive. His adventures include founding HRG Inc., Emlyn Systems, Chromagen and KI Investment Holdings. Stan serves as a director on several boards as well. Stan holds an M.S. in Organizational Psychology from California State University at Long Beach, and a B.A. in Physiological Psychology from San Diego State University. He serves as the Vice President of Global Organization Development for WD-40 Company. Stan can be reached at sewitch1@cox.net

Notes From The Corporate Underground

Writing a column about my last column in this newspaper is a bit presumptuous. I’m not a known writer beyond the relatively small pond of San Diego’s business community, and the San Diego Daily Transcript is not the Financial Times or Wall Street Journal.

The secret language of finance

Avoiding the perception of hypocrisy

There is no surer way for a leader to lose followers than to be perceived as behaving hypocritically — professing one set of values, morals or ethics, while behaving in contradictory fashion.

The Iran agreement seems a no-brainer

OK, so I haven’t read the full agreement, but I’m having a hard time seeing what we lose by ratifying the treaty negotiated with Iran.

Are we losing journalistic rigor?

Journalism has been a professional field that continually self-examines its motives.

Something gained, something lost

When telephones snapped their tether a couple of decades ago and went wireless, we were able to travel freely around our house or office while conversing. We gained freedom of movement. We also often lost our phones, because we would put them down wherever we were when the call was over, and forgot where that was.

Jean-Jacques Rousseau wrote the first series of six books forming his autobiography “Confessions” in 1765, published in 1782. In the sixth book, he recounted a time when he was poor and hungry.

It may sound simple, but it’s not so easy to do: describe expected performance levels to an employee, and even tougher, what the employee can do to earn the highest marks for contributions. At WD-40 Company, we strive to help people get an A for their performance. But first you have to define what that means in observable behaviors.

This is actually the message on the front page of the latest Harvard Business Review. Front page. Again.

The matter of perspective

A friend of mine recently learned that she had stage 1 breast cancer. Surgery now complete, chemotherapy is next.

There are so many books, workshops and keynote speakers on the subject of leadership. Most, if not all, focus on what the leader can do to be a better leader. Few talk about how to be a better follower.

Knowing when to shut up