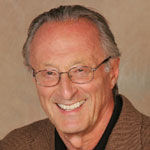 Gordon Kaplan is a member of the bar in California, Illinois and Washington, D.C. His experience includes being vice president and general counsel of international companies in the finance and mining industries, and a partner in a US international law firm with offices in New York and London specializing in corporate, financial and tax law.

Kaplan received his BA and law degree from the University of Illinois, and continued his post-graduate legal education at George Wahington University and University College London. Before entering law practice, Kaplan was a Foreign Service Officer with the State Department in which he represented US interests at embassies in Senegal, Mauritania and Belgium. In Washington, Kaplan advised on negotiating international agreements for world trade in coffee, sugar and cocoa. Kaplan is a published author in leading newspapers and law journals on legal issues in international trade and finance. He is fluent in French.

Kaplan is the originator, co-founder and was general counsel of business start-up that successfully launched and operates a radio-electronics system for locating, tracking, and recovering stolen vehicles. The company went public three years after its launch with a market capitalization of over $100 million.

Kaplan was vice president and general counsel for a consortium of international aluminum companies in mining joint ventures with the Repbulic of Guinea in West Africa. Negotiated and closed over $250 million in financing from the African Development Bank and commercial banks for infrastructure projects and expansion of mining operations. Chief negotiator for consortium on joint-venture policy committee with senior officials of the Guinean government.

Kaplan was lead counsel for the $185 million acquisition and refinancing of the Raleigh bicycle businesses worldwide; $365 million in private placements for US corporations with institutional investors in Europe; $600 million acquisition by US commercial bank of United Kingdom consumer finance and home mortgage business.

Kaplan was vice president and general counsel for a division of Citicorp in pioneering Citicorp's leasing and equipment finance activities in Europe. He completed over $500 million in cross-border financing for vendor lease programs and for industrial plant, ships, aircraft and other items of capital equipment.

In early January, Alcoa Inc. and a U.S. subsidiary, Alcoa World Alumina LLC, agreed to pay the SEC $161 million and the Department of Justice $223 million, respectively, to resolve charges arising from the payment of millions of dollars in bribes to government officials in Bahrain in violation of the U.S. Foreign Corrupt Practices Act, or FCPA.

The problem is familiar to business executives engaged in negotiating contracts between parties in two different countries: All the essential commercial terms have been agreed upon, but the parties are deadlocked over the choice of law to govern the contract, as well as the courts that will have “exclusive jurisdiction” to decide disputes under the contract. Each party, fearful of being at a disadvantage in litigating disputes under the law and before the courts of the other, tends to dig in its heels and seek its own advantage by insisting on contract provisions that require litigation of disputes under its own law in the courts of its own home jurisdiction.

U.S. companies that see a strong export potential for their products may nevertheless lack sufficient resources to set up their own international sales network of employees and will therefore look to other distribution arrangements to grow overseas sales.

San Diego's gift of perpetual sunshine is ideal for generating solar electricity. Three solar power systems recently completed in San Diego demonstrate the technical and financial viability of solar power as a source of clean energy. They also illustrate the use of power purchase agreements, or PPAs, to finance and develop solar power systems without upfront capital costs to the customer.

The long arm of U.S. anti-bribery law in international business

In the largest case ever brought under the U.S. Foreign Corrupt Practices Act, (FCPA), Siemens AG -- the German industrial giant -- agreed in December 2008 to pay the Securities and Exchange Commission and the Department of Justice a total of $800 million. The sum was meant to settle civil and criminal charges that, for more than six years, Siemens had violated the FCPA by systematically paying bribes and using slush funds to win contracts for public works projects around the world. Siemens also agreed to pay German authorities another 395 million euros (about $569 million) to settle similar charges under German law. The point of the Siemens case is not schadenfreude, but the lessons it holds for U.S. companies in their own international business operations.

In these trying times, with recession looming, Californians are being called upon to look to their future with bold, far-reaching initiatives to implement the state's Global Warming Solutions Act of 2006. These initiatives amount to a "green" economic development program for California which promises to slash our greenhouse gas emissions, grow our economy through cleaner and more energy-efficient technologies and create jobs. San Diegans can do their part, and share in the benefits.

"No man is an island, entire of itself; every man is a piece of the continent, a part of the main." -- John Donne

The scientific consensus, widely reported, is that global warming is proceeding at an alarming pace and that the generation of greenhouse gases, or GHG, through human activity is the main culprit.

If your rising company needs money to grow, and sufficient venture capital or private equity isn't available -- at least on terms you are willing to pay -- an initial public offering on London's international market for small-cap companies, the Alternative Investment Market, or AIM, could be the right strategic move.

Earlier this year San Diego-based Titan Corp. paid $28.5 million to settle criminal and civil charges by the SEC and Justice Department that it had violated the Foreign Corrupt Practices Act, or FCPA, in connection with its overseas operations.

Corporate social responsibility is no oxymoron

The increasing globalization of business has created demands for a corresponding increase in corporate social responsibility, or CSR, by multinational companies -- particularly in environmental protection and international human rights.

The London Stock Exchange has recently adopted new rules to make it easier and faster for overseas companies to join its international small-cap market -- the Alternative Investment Market, or AIM. U.S. companies should take note. Listing on AIM provides entry to institutional investors from around the world, as well as access to the world's largest pool of investment capital next to New York.