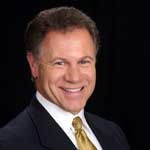 Brent M. Wilsey is a highly regarded registered investment advisor and a seasoned financial strategist with over 25 years experience in the field. Wilsey currently owns and operates San Diego-based Wilsey Asset Management through which he offers day-to-day investment guidance to both individual investors and corporations. His columns can also be read at www.smartinvesting2000.com.

All of Wilsey’s client relationships are grounded in an exemplary service philosophy. Wilsey has also served as an Accountant for Foodmaker, Inc., a Registered Representative for the Principle Financial Group, and as an Investment Director for Pamco Securities in the mid-80’s. In the latter role, Wilsey was among the first in Southern California to provide investment services within a banking environment, having invested and managed an average of nearly $45 million for Great American First Savings Bank. He worked in this capacity until opening his own LPL branch office in 1992.

Wilsey’s industry expertise and credibility has made him a sought after expert source, having served as a guest commentator on numerous broadcast television and radio talk shows including a frequent guest on CNBC and called upon from such names as Barron’s, Business Week and Forbes for Brent’s input on columns.

Currently, Wilsey hosts AM760 KFMB’s weekly Smart Investing show, providing listeners with fundamental analysis on stocks and mutual funds, along with other investment tips. In addition to his radio duties, Wilsey pens a weekly article for the San Diego Daily Transcript that focuses on the fundamentals of investing.

An accounting graduate of National University, Wilsey received his MBA degree from the same institution in 1986. His various licenses and designations include a Life and Health Insurance License, and Series 7 NASD Registered Representative and Series 24 NASD Registered Principal designations (Licenses held with LPL). For two years, Wilsey has earned the Five Star Wealth Manager Award. In 2010 he was named Top Influential in Business in San Diego.

He currently resides in Poway, California with his wife and their four children.

Why my investment firm is different

I was introduced to a woman last week who asked what I do for a living. When I told her that I run an investment firm, she said, “Oh, my husband does the same thing. He works for UBS.” I get this reaction from many brokers as well that they do the same thing that my firm does.

During the last week or so, the stock market has been on quite the roller coaster, trading within the range of 1,230 points and reaching as low as 15,490 on the Dow Jones industrial average.

Jobless statistics by the numbers

The Bureau of Labor Statistics will release its monthly unemployment numbers Sept. 4. There are many misconceptions about how this number is accumulated and reported and I would like to clear up the misperception before the report comes out.

Get ready for Tesla stock shock

I have written about Tesla a couple of times, but I just had to share the new data from the most recent earnings report, and why things for this company are unraveling and how the stock will see lows that will make investors cry.

How long will people collect on long-term care policies?

Last November I wrote about a company called Genworth Financial that declined 38½ percent in one day.

There’s no treasure in Alibaba stocks

If you’ve been watching or listening to the news, you’ve been hearing a lot about Greece and a little bit about China.

Educate yourself on the shell games of Wall Street

During the tech boom of the late 1990s, it became well-known that many companies were using options to pay their employees and not taking the expense of a salary.

A Greek default would sting but not burn

Tuesday is the deadline for the debt-financing agreement with Greece. There has been a lot of talk and worry about this and as I said a few years ago when this was a problem, Greece is a country that is not even the size of New Jersey.

Bonds too risky to qualify as a safe investment

Bond investors have gotten a scare for the past couple of weeks as they have seen interest rates spike more than usual.

There are three basic investments that investors can generally make.

I always try to warn investors about momentum stocks with high valuation ratios.