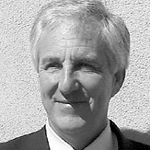 Carrico is a San Diego attorney.

There was an intense civic argument about 100 years ago over what they called "smokestacks or geraniums."

Making friends with a telepresence robot

As a docent at the San Diego Air and Space Museum, I am familiar with technological achievements in aviation history. But last week I gave a tour actually using a new technology that is best described as a robot for humanity — or a telepresence robot. My job was to give two people far from San Diego a 90-minute tour of the museum.

It’s time to be honest. Any idea of keeping the Chargers in San Diego is a waste of time and money for the city. With all due respect to Mayor Kevin Faulkner’s task force, there is no way the city or city and county can afford to build a new stadium for the billionaire Spanos family.

President Barack Obama gave one of his most compelling speeches two weeks ago at the Edmund Pettis Bridge in Selma, Ala., on the road to Birmingham. Unfortunately, it was not well covered in the press and U-T San Diego buried it on Page A24 of the Sunday edition.

Chargers: What can we afford to lose?

Apparently football causes brain damage — especially among politicians. At least that is the way it looks whenever the discussion of public subsidies for professional football team owners begins.

It is time to build that pipeline. No, not the oil pipeline from Canada to the Gulf. But a water pipeline into California. Let’s face this simple fact: Our water shortage is not going away.

‘Her’ and the development of AI singularity

My wife and I went to see the movie "Her." The movie has won many accolades and is nominated in several Academy Award categories.

Time for another mayoral campaign

After trying Bob Filner as mayor and finding him a bad choice, we voters are now considering two more candidates. Both want a very demanding job with overwhelming problems.

Admission: I am a car guy ... well, airplanes too. I am a member of the San Diego Automotive Museum and for several years I was on the board of directors. I resigned two years ago when I determined that the Auto Museum board was not moving forward. Two years later, the Auto Museum is still stuck, basically just treading water and surviving.

Hanging a star on the memory of Jerry Coleman

For Padres fans and anyone who knew him, the passing of Jerry Coleman is very sad. We offer condolences, but we also celebrate his life. As he liked to say, "Hang a star on that one!"

Pollsters seem to collect the answers they want

Ever wonder about the polling samples that are referred to so much by TV and newspaper stories? The other day I received an unsolicited phone call from someone representing himself as with a “marketing research” company or some other polling organization. I don’t know who this apparent “researcher” represented.

The mayor’s race — who to vote for?