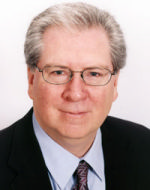 Daniel Coffey is a 22-year attorney with a chemical engineering undergraduate degree from University of California, Davis. A former appointee to the San Diego Park and Recreation Board, Mr. Coffey follows San Diego politics closely as an active member of the community.

What will be Brown’s climate-change legacy?

In response to AB 327 (2013 legislation) and as part of a proceeding before the California Public Utilities Commission (CPUC), SDG&E submitted to the CPUC on Monday a “Proposal for Successor Net Energy Metering Tariff.” In the simplest terms, this important filing deals with distributed generation, principally solar-on-rooftops and energy storage.

Some last thankful thoughts on writing for the Transcript

Over the past nine years, I have enjoyed the opportunity to share thoughts and perspectives with a well-educated and thoughtful community striving to better itself and the world around us.

Trump should run for president

Donald Trump should run for president of the United States. I can hardly wait until he begins in earnest.

Trump and his appeal to Republican voters

“The New Colossus,” a sonnet written by Emma Lazarus in 1883, was engraved, with tiny editorial changes, on a plaque and made a part of the Statue of Liberty in 1903. The original sonnet ends in these words:

Caring for our common home

On May 24, the “Encyclical Letter Laudato Si’ Of The Holy Father Francis On Care For Our Common Home” came available. It stirred controversy, especially as it gave solace to those wishing to limit excessive releases of greenhouse gases to the atmosphere in order to avoid further grave harm to our common home.

The National Aeronautic and Space Administration has a wonderful outreach and information service as part of its highly instructive websites. That service includes periodic emails containing links to photographs taken from space and, in particular, photos of Earth with many spectacular natural and manmade physical features.

SDG&E is creating the utility of the future

“Utility of the future” is a phrase with the imaginative sound of a MacGuffin, a movie or literary plot device that motivates or drives the action, but it’s now the real and central objective in James Avery’s working life as an executive officer of San Diego Gas and Electric.

CEQA exemptions are needed during drought

On May 5, Sierra Club California (SCC) again rejoiced at staving off necessary changes in the California Environmental Quality Act (CEQA) and announced its success.

Are the storms in Texas ‘biblical’?

Everyone enjoys a hyperbolic statement once in awhile, but let’s face it, we risk the possibility of overworking terms that should be reserved for more worthy events.

Genesis 1:26: “And God said, ‘Let us make man in our image, after our likeness; and let them have dominion over the fish of the sea, and over the fowl of the air, and over the cattle, and over all the earth and over every creeping thing that creepeth upon the earth.’”

On April 30, Gov. Jerry Brown “joined top federal officials to unveil plans that accelerate restoration of the Delta's ecosystem and fix the state's aging water infrastructure.” I count this as good news, reminded that this particular water war has been raging for decades.