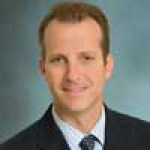 Tony Pauker is chair of the Urban Land Institute of San Diego/Tijuana.

We are at a crossroads, and depending on your perspective, it could either look like we are on the precipice of a new era or that we have gone over the cliff. The incredible run of all aspects of real estate sure felt good while it lasted.

In past columns we have discussed sustainability, green building materials and global warming. But are we really talking about real estate and is there a connection?

Another fire in a new world

Last week, the Urban Land Institute was gathering for its Fall Conference in Las Vegas. I had my bags packed and ticket in hand, but was torn between heading off to one of the most prestigious real estate conferences in the country or staying behind and being with my fellow San Diegans during a "family" crisis. Realistically, there was nothing for me to do in San Diego, but I felt pulled to stay. When friends who needed to evacuate called looking for shelter, I knew what I could do to play my role. So I turned over my house as my contribution and headed off to visit with 7500 of my closest ULI associates.

Major changes in the regional economy continue to reshape San Diego land use and real estate. The frenetic growth of the housing market from 2000 to 2005 led to a huge increase in not only prices, but also building permits. Existing apartments followed suit as many of the better quality (and sometimes lower quality) units were converted to condos. Shortly thereafter, the regional office market exploded after a decade of inactivity, and suddenly downtown had two new Class-A office towers with more on the way. And we saw the first office condos. A recent $1 billion-plus investment in San Diego office space by the Irvine Company was followed by their purchase of another Class-A office tower in UTC for over $600/square foot. The hospitality industry has taken a quantum leap forward with numerous downtown hotels opening and projects planned for Chula Vista, Oceanside and the Embacadaro. When you add the increased focus on cross-border development, we find ourselves in a place we've never been before.

Infrastructure investment: a great rate of return for our future