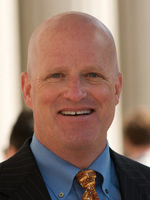 Lawton is a trial and appellate lawyer. He practices in the federal and state courts, mostly in San Diego.

What young lawyers can do about incivility in law practice

Each day, the news media confront us with a new, bizarre permutation of Americans' incivility to one another.

Lawyers and judges: Blessing and bane

Lawyers and others have spilled some ink this year in celebration of one of Western law's watershed events, the signing of the Magna Carta 800 years ago in Great Britain. In commemoration, President Barack Obama, a lawyer himself, proclaimed Law Day USA on May 1. His proclamation reminded us that America “is and always has been a nation of laws.”

What business executives in trouble can learn from Tom Brady

I don't follow the NFL or root for or against any of its teams. But the media's breathless coverage of Deflategate and the role of the NFL's biggest star, New England Patriots quarterback Tom Brady, got my attention.

A cautionary tale of lawyers as venture capitalists

Like other lawyers, I sometimes fantasize about investing in ventures other than my own law practice. The ideal for the fantasy is, of course, the California Pizza Kitchen chain.

It was 2005. Somehow I had wangled an invitation to a speech by Antonin Scalia, associate justice of the Supreme Court, in Balboa Park. I arrived late. His Honor had already begun speaking.

The frontiers of golf, law and capital markets

One of the fun parts of being a lawyer is watching law, cutting-edge technology and capital markets intersect in ways that produce big changes in how we live, work and play. The most fascinating such intersection I’ve seen in my career is happening here in San Diego.

Johnnie Cochran: A lawyer and a gentleman

Attorney Johnnie L. Cochran, Jr. died 10 years ago. A brain tumor took him out at the age of 67. The mainstream media remembered him as O.J. Simpson’s lawyer, who had gotten an improbable acquittal for his notorious client in the spectacular double-murder trial in Los Angeles in 1995.

The devil's in the details of physician-assisted suicide

Bob Lawton, my uncle, was a husband, father, and lawyer. He died in October 2006. He had mesothelioma, a rare type of cancer that began destroying his lungs. During the last two months of his 80-year life, he endured severe pain.

Nelson Mandela: A lawyer for all seasons

It’s been 25 years since Nelson Mandela walked free after 27 years of imprisonment in South Africa. Today, in San Diego, one wonders what value any writer could add to the ocean of ink spilled about Mandela down the years.

To me, each April marks a special time — the beginning of another baseball season. But there is something slightly different this spring — it marks the 40th anniversary of an event that had a deeper impact on the game than anything that ever happened on the field. That event was the dawn of free agency for major league players in 1975.

Untouchable: The problem of prosecutorial misconduct

Tim Atkins is an African-American man from Los Angeles. He is humble, gentle and well-spoken. He is 47 years old today and a free man. For 20 years, he lived in state prison, after a jury convicted him of murdering Vicente Gonzalez in 1987. Atkins was innocent. The California Innocence Project, working pro bono, proved it in February 2007.

If you're like me, you filled out an NCAA men's basketball tournament bracket last week. March Madness is about dreams and escape. For competition, drama and pageantry, no sports tournament in America beats the Big Dance. I'll be watching.