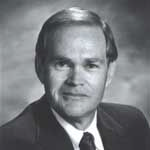 Nevin is director of economic and market research at Xpera Group, the West Coast’s largest source of experts in construction and real estate.

It wasn’t too many years ago that San Diego County was saddled with a 10 percent-plus unemployment rate and we were losing far more jobs than we were gaining. Needless to say, we have experienced a sea change since then and today can brag about 5 percent unemployment.

A crisis in the making: SD housing supply

The San Diego Association of Governments routinely projects that the county needs 12,000 new housing units each year to achieve a supply/demand balance. That projection relates to an average of 1.24 jobs per household; thus, a projection of 13,300 new jobs each year.

The cost of getting a housing development going

I recently completed a market study on a property in Placer County, immediately northeast of Sacramento. The property, immediately west of Roseville, contains 5,000 acres and is destined to have 14,000 housing units.

The San Diego County economy in 2015

This month I am going to discuss what the San Diego economy is all about. I know — it’s a Navy town — but it is far more than that.

I really don’t care much for football and therefore can be totally objective when I opine on the team’s future. I have taken the opportunity, however, to study the team’s economics over the past decade and have a few thoughts on the subject.

The seven summits to climb when developing condos in San Diego

I have 35 new rental projects in my downtown San Diego database. In addition, I also have a small list of projects that are supposed to be condominiums, but there does not seem to be any dirt being moved for those projects.

California: A great place for kids?

The Annie E. Casey Foundation produces a publication every year called “Kids Count.” The foundation’s goal is to improve outcomes for America’s most vulnerable children.

Mission Valley — the next big wave

Over the past few weeks, I have been clipping articles about Mission Valley and its development activities. The many new projects in the works could rival downtown San Diego’s. Obviously, not all these projects will come online simultaneously, but it is interesting to watch the projects as they unfold.

This month’s column focuses on the costs of developing market-rate rental apartments, and the rents and household incomes needed to justify their development. The summary data is from a more detailed analysis that I recently prepared for a client.

What accounts for multifamily housing costs

I have written recently in The Daily Transcript about the future housing supply of San Diego County. I concur with SANDAG’s estimates that 85 percent of the future housing to be built in this county will be multifamily, both rental apartments and condominiums.

The costs and options of senior care

My recent columns have focused on the aging of America and the types of housing that are available to the senior market. The basic fact of aging is that in San Diego County, 83 percent of the growth in the next 20 years will be folks who are 60 and older.