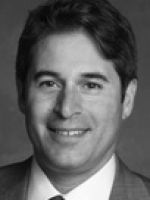 Jon Schmid is the managing partner of Cook + Schmid, a San Diego-based marketing and public relations firm. Before founding his company, Schmid worked as a reporter and editor at a number of publications, most recently the Chicago Sun-Times. His freelance writing has been published internationally. Follow him on Twitter @jschmidpr, or read his blog at www.cookandschmid.com

Google’s menagerie of algorithms continues to change the SEO game

Penguins get a bad rap.

Social media a valuable tool during a crisis

Hurricane Sandy and other recent natural disasters have demonstrated that social media are an important part of an effective communications strategy, particularly during times of crisis. The public has come to expect public agencies’ Twitter, Facebook and other online channels to be updated regularly with valuable information in the wake of a major event.

It’s election time, and the tweets are flying fast and furious. The second presidential debate alone generated 7.2 million posts with traffic spiking at 109,000 messages per minute (the Twitter count for the third debate was slightly lower).

With more than 7.5 million followers on Twitter and millions of likes to his Facebook posts, Ashton Kutcher is definitely a social media heavyweight. Details magazine, in its September issue, also described the actor who played Kelso in "That ’70s Show" (and recently replaced Charlie Sheen in "Two And A Half Men"), as an “oracle-in-training” on the future of tech.

The new kid in town: using Google+ for business

Google has entered the social media space with an intriguing offering called Google+ (pronounced Google Plus), which launched late June, first for a select group of insiders, and then to the general public. A day after launching the invite-only test version, Google had to suspend the option to invite friends to join because of an “insane demand” for accounts, according to Mashable.

After more than 20 years in the business, Café Coyote enjoyed a great reputation and had a loyal clientele. Like most restaurants, this Old Town eatery relied for years on the tried-and-true methods of advertising and word of mouth to attract new customers.

Some time ago, in an earlier column, I mentioned that most people do Internet research about their symptoms before consulting with a physician.

This month marks the one-year anniversary of Facebook officially surpassing Google as the most visited website. This little factoid says a lot about the evolution of the online experience and the growing power of social media.

Marketing by the pharmaceutical industry is tightly controlled and closely monitored by federal regulators, and with good reason.

Twitter and blogs have become standard and highly efficient ways for conference and trade show attendees to communicate news coming out of a meeting, but that laissez-faire attitude might be changing.

For Vanessa Woods, having a Facebook page just isn't enough. To satisfy both her personal networking needs and those of her small makeup-artist business, she has two Facebook accounts and two Twitter profiles.