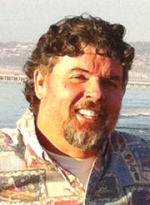 This is a historic moment for public works in the city of San Diego. After decades of neglect, the city is intending to rebuild our streets, sidewalks, storm-drains, libraries and parks, and replace an aging water-wastewater system. In the coming fiscal year, the city is proposing over $330 million in capital improvement projects.

Value on display every day

Those of us who wear the hard hat to work every day on the front line of our most critical construction projects have appreciated the safeguards of having qualified contractors bidding on the job.

San Diegans face a handful of votes this November related to education, from statewide propositions like Proposition 30 on down. But one ballot measure that warrants careful consideration from the voting public sits at the bottom of the ballot, yet rises to the top as it pertains to the welfare of our local children: Proposition Z.

There’s been a good deal of confusion and misinformation in recent weeks about Proposition 32, one of the most important items on November’s ballot. Proposition 32 was intentionally written to deceive voters, and so it’s crucial that we tell the real story of what Proposition 32 is trying to do before it’s too late.

It’s been called the “billion dollar tax,” but do most San Diegans even know what it is or where the money goes?

At the San Diego County Building and Construction Trades Council, we take pride in our commitment to bettering the communities in which our members live and work in a number of ways.

Give returning military a fighting chance at home

Over the last few months, I’ve written at length about project labor agreements, or PLAs. These are agreements that governments and private companies often enter with firms bidding on work to set employee compensation rates, budgets and work time frames before projects begin.

Hard work, education, job training, integrity and the foundation of family have been and always will be the source of American strength. There is no question that without quality job training and skills, we may lose the innovation that leads to the competitive advantage in American workers.

Public works contracting needs to work for the public

It is not surprising that a quarter of the city’s streets are in poor condition and our city has accumulated almost $2 billion in unfunded capital needs. What is surprising is the continuing mismanagement of public works in the city, despite having the resources. The problems include unspent bond money gathering interest, projects selected by an opaque bureaucracy that do not meet the needs of the community, lax oversight of contractors’ quality of construction and unaccountable cost overruns.

Transportation that works for San Diegans

There’s a famous photo that always strikes me when I see it. It comes from an advertising campaign in the city of Munster, Germany. It compares three different ways to transport 72 people, and the space that each of these methods require. The photo is shot from above, with three different images of the same street.

A four-year college education was once the sure road to a secure career. But budget cutbacks, rising tuition costs and shrinking scholarship funds have made higher education harder to afford for many potential students. And recent studies have shown that nearly half of those who do achieve university degrees are unable to find suitable jobs — or any jobs — within several years of graduation.

Latinos in Escondido suffer repeated discrimination in many forms: as drivers at traffic checkpoints, as workers on city contracts and as renters seeking decent housing for their families. These are symptoms of disempowerment arising from the fact that Latinos, who make up almost half of the city’s population, are systematically underrepresented by the current at-large format for City Council elections. In Escondido’s 123-year history, it has elected only one openly Latino City Council member, and it currently has no representative from the city’s central, largely Latino core area.