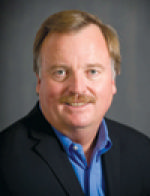 Paul Downey is the president and CEO of Senior Community Centers, a nonprofit agency dedicated to increasing the quality of life for San Diego seniors living in poverty. Learn more at www.servingseniors.org.

Celebrating 45 years of service to seniors in poverty

Seniors must take charge of their own health

Most people don’t like going to the doctor — or is just me? We often wait until our symptoms become debilitating and keep us from doing the things we want. This is a poor health strategy for growing older.

Elisabeth Vito is not your average graduating senior

I first met Elisabeth Vito while she was energetically line dancing at Serving Seniors Gary and Mary West Senior Wellness Center downtown. I marveled as she showed off moves I couldn’t have done as a high school senior.

Realities of senior poverty are alarming

Senior poverty is not created equal.

We all aspire to grow old, right?

One of life’s universal truths is that we all aspire to grow old.

Sometimes Congress gets it right and should be praised. The cynical among you might say it is their job to get it right — and you would be correct. But remember, this is 2015, when political dysfunction usually reigns.

California’s system of long-term care for older adults is broken, costly, fragmented, lacking leadership and has no mechanism of accountability or improvement. That is the disturbing conclusion of a report by the Senate Select Committee on Aging and Long-Term care entitled “A Shattered System: Reforming Long-Term Care in California.”

Peggy Shannon died in December at the age of 68 after complications from surgery. You might be thinking her name sounds familiar, but can’t quite place it.

There are many lessons from the November midterm elections, but none is more striking than the deep division between young and older voters. According to exit polling by NBC News, voters over 60 outnumbered voters under 30 by a 2-1 margin. The divide is even starker when you see who they voted for — 55 percent of those 60 plus voted for Republicans, while 55 percent of those under 30 voted for Democrats.

Congress is like the weather. We all talk about it, but nobody does anything about it. We routinely re-elect incumbents — Republicans and Democrats — despite the fact that most public opinion polls put Congress’ approval rating in the low teens.

Malnourished seniors come in all shapes and forms.

Clichés are trite and overused phrases that have an annoying tendency to be true. Take for example “silver tsunami” and “graying of America.” These have become go-to phrases in just about all baby boomer news reports and speeches. I’m guilty of sliding these worn sayings into a few columns and community presentations myself.