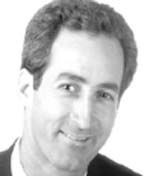 In addition to serving as President of R. A. Rauch & Associates, Inc., Mr. Rauch serves as Managing Director for the West Coast office of InterBank Brener Hospitality. He is a nationally recognized consultant in the hospitality industry. The former Senior Manager of the hospitality consulting practice of Deloitte & Touche, Rauch has over 25 years of hospitality-related management experience.

Mr. Rauch also served as General Manager of full-service four Diamond hotels for Hilton and Embassy Suites. His education qualifications include a bachelor's degree in Hotel Administration from Western International University and a master's degree in Tourism Administration from Arizona State University. He is a Certified Hotel Administrator and has served as chairman of numerous tourism organizations nationally and in the western U.S.

R. A. Rauch & Associates, Inc. is currently developing a Homewood Suites by Hilton and a Hilton Garden Inn in Torrey Hills. His firm developed the web site www.hotelguru.com and publishes Hospitalitylnnsights, an electronic twicemonthly Newsletter.

Next magical 21 months should bode well for San Diego

Why will the next two years be the most exciting in San Diego's tourism history? There are plenty of reasons. First, the economy continues to roll and, due to election year economics, this pattern should be with us for the next 21 months. Second, we are adding some very exciting hospitality product including convention hotels, boutique hotels, resorts, nightclubs, restaurants, exhibit and attraction improvements, and more.

The following 10 trends will continue to impact the U.S. hospitality industry in the coming years. Some are timeless while others are new and becoming popular.

Until such time that San Diego has meaningful marketing dollars to promote this great destination, the marketing message must be compelling and the target must be hit like a laser beam. Competitive strategy is required to be thoughtful with action plans that are both effective and edgy to attract enough attention. According to the book, "The Strategy Focused Organization" by Kaplan and Norton, there are four basic strategic themes. My comments follow each of the four themes:

The economy is on solid footing right now despite the housing-market slump. Interest rates are below historic levels and are stable, unemployment is low, inflation is under control, and most economists view capacity utilization as continuing to move higher. Moreover, foreign countries are seeing the United States as a safe haven for investment. We have not built much new supply, so demand has been outpacing supply, allowing hoteliers to drive rates, which in turn drive profits.

Some hotel projects that were anticipated to open in 2006 will now open in 2007. According to my latest count, at least 2,000 rooms will be added, nearly a 4 percent increase in the county's total inventory. Projects opening in 2007 include: the Hilton Garden Inn San Diego/Del Mar and the Grand Del Mar Resort and Spa in the Del Mar area; the Diegan Hotel, Hard Rock Hotel, Sofia Hotel Keating Hotel and Ivy Hotel downtown; and the Homewood Suites by Hilton and Marriott Courtyard in the airport submarket. Additional rooms include the Carlsbad Golf Resort and La Costa Resort and Spa room additions in Carlsbad. My apologies if I missed one.

This year has been one of solid growth in occupancy and average rate gains for San Diego hotels. As general managers, controllers and directors of sales finalize their 2007 budgets and marketing plans, it is critical to review all key "impactors" of top-line revenues. In San Diego, group business at the San Diego Convention Center is certainly paramount to the success of the lodging industry, especially downtown. Leisure demand is particularly important to coastal San Diego properties, and corporate demand is what makes or breaks properties in the Golden Triangle of La Jolla/UTC/Sorrento Valley/Del Mar, Carmel Valley and Carlsbad/Oceanside as well as the Interstate 15 corridor.

Arguably, San Diego is the best tourist and meeting destination in the world. We refer to the lifestyle we have here as "active relaxation." Coined by the San Diego Convention & Visitors Bureau with assistance from agency NYCA, this describes what visitors experience here. There simply is no better way to explain our lifestyle in San Diego.

Last month I wrote about the business plan development process. This month, I would like to expand a bit and talk more conceptually about what it takes to successfully develop a business and marketing plan today.

The future for tourism is bright

Since many hospitality organizations work on a July to June fiscal year, this is the time of year that allows for both reflection on the successes of fiscal 2005-06 as well as the challenges ahead for fiscal 2006-07. At the San Diego County Hotel-Motel Association, we were able to work closely with the Lodging Industry Association and gain unanimous approval from our board to go forward with a plan to fund a Tourism Improvement District. While there is still much work ahead, this plan will allow for our tourism marketing arms to compete in the marketplace going forward.

Time to reflect on the importance of the tourism industry

The United States economic performance has been strong this year with March and April numbers continuing the good news. The steady growth in gross domestic product is largely attributed to the combination of business investment and home prices.

San Diego's hotel industry includes the San Diego County Hotel-Motel Association and the San Diego Lodging Industry Association. These two organizations seek to develop a Tourism Improvement District, in which visitors would pay an assessment of 2 percent on top of the 10.5 percent Transient Occupancy Tax. The assessment would provide a dedicated, stable source of funding for tourism promotion so that San Diego can compete with other destinations.

In 2006, most economists believe the Federal Reserve will stop tightening after the first quarter. Demand indicators such as capacity utilization are expected to continue to move higher, resulting in more business activity and business travel. UBS expects U.S. lodging room revenue growth to be 8.9 percent in 2006 and 9.0 percent in 2007. According to Smith Travel Research (STR), hotel room night demand will be up 3.6 percent in 2006, a slower growth than 2005 produced (4.4 percent). The average daily rate is projected to be up 5 percent over 2005, which was up 5 percent over 2004. STR forecasts another 5 percent growth in the average daily rate in 2006 and a 3 percent increase in room demand in 2006. I certainly believe we are in the midst of a multiyear recovery in the lodging industry.