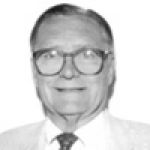 Schmidt is retired banker and attorney, active in civic affairs including transportation, housing and sports, and with two major Chambers of Commerce. He also served as Gov. Reagan's appointee to three positions in state government.

This writer remembers well moving to San Diego just before our city was given the terrible nickname “Bust Town USA.”

Traffic on Interstate 5 continues to increase and SANDAG has approved a plan to increase the number of northbound lanes to help relieve current and future congestion. SANDAG understands that our region's growth will continue and includes a large increase in residents over age 65.

Since the era of Gov. Pete Wilson ended in Sacramento in 1998 our state has had problems, starting with the election of Gray Davis.

As an amateur historian this writer continues to think back on the great things that have been done in our region that would be difficult to do or even be considered today with the continual opposition by the "no growth" advocates and the environmental overkill people who make many public and private projects very difficult to complete.

Two of three positive happenings in San Diego in June were great "yes" vote actions by the San Diego City Council and the other a 69 percent "no" vote on Prop H in Coronado where a "yes" vote would have supported the continuation of a plan to build a tunnel under Fourth Street.

The city of Coronado, placed on the June ballot as Proposition H, to vote "yes" or "no" on whether it should continue to fund a study to build a tunnel under Fourth Street from the west end of the bridge to the Naval Air Station North Island.

Blue line trolley to the north a bonanza for UCSD, UTC area

The Mid-Coast Corridor Transit Project's most important segment, the Blue Line Trolley from the Old Town Transit Center to the University City/UTC area and University of California, San Diego campus, was on the agenda for review at the San Diego Association of Governments Transportation Committee meeting on March 19. It was a positive item for the agenda with tremendous support from the SANDAG Board at the meeting.

Next governor needs to change and restore things as Reagan did

There is a great deal of anger and concern with the situation in Sacramento. With our current governor leaving in 11 months the next governor will take over and be faced with terrible problems even if some are corrected this year. This writer served as Gov. Reagan's appointee to three positions in state government. I saw an inherited big budget deficit reversed. Reagan's successor was provided with a big budget surplus.

It was great to see the positive editorial in the Nov. 21 San Diego Union-Tribune on the decision by Center City Development Corp. to hire a sports consultant to study the building of a stadium for the Chargers right next door to the Padres ballpark, which CCDC made happen in 2004.

It has been very discouraging in recent days to see articles, an editorial and letters to the editor and Daily Transcript articles on the attacks against Poseidon's Carlsbad desalination plant. The terrible thing is that the opposition attorneys have just filed their fifth lawsuit against the Carlsbad Desalination Plant.

This writer wrote a two-part article on the future of affordable housing in our San Diego region in The Daily Transcript (Jan. 15 and 16) with a follow-up article March 31. Since that time I have attended many meetings and continue to observe that nothing is being done to change things so that the affordable housing problems in San Diego can be history.