Street fairs are common. Downtown restaurants are packed at night during the weekend. Craft breweries continue to grow. And a popular dessert store captured two of the Food Network’s “Cupcake Wars” contests.

Yes, there is plenty to keep a visitor busy in the North County city of Vista, a growing urban center that is home to 95,000 people and boasts a moderate Mediterranean climate with an average high temperature of 74.6 degrees.

The Vista Unified School District (with more than 1,700 people on the payroll) and the North County branch of San Diego Superior Court (with some 600 workers) are by far the leading employers in Vista. But make no mistake: The Vista Business Park south of Highway 78 drives the city’s economic engine.

More than 21,000 people work for more than 800 firms at the sprawling center, leaving the 15-million-square-foot business and industrial park a vacancy rate of 7.3 percent in 2013, a 10-year low. Three-fourths of the businesses recently surveyed at the center said they expected to grow over the next three years. Among the park’s major manufacturers are medical device maker DJO Global, the spa maker Watkins Manufacturing Co., Zodiac Pool Care, Jen-Wen Windows & Doors, Datron World Communications and Aqua Lung, the oldest maker of diving equipment in the United States. 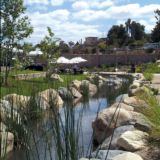 Rancho Guajoma and Rancho Buena Vista adobes are open to the public and offer visitors a view of early California history.

The Antique Gas & Steam Engine Museum in Vista showcases all kinds of machinery from bygone times.

The Vista Historical Society operates a museum and preserves the history of Vista.

Spas are big business in Vista

Dimension Spas is one of the biggest employers in the Vista area. 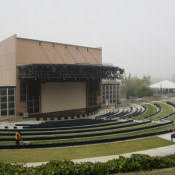 Ranches, a vineyard and several farms once flourished in the hillsides here. Today, nearly 100,000 people reside in Vista and over the years it has grown into a mid-sized city. The area is now teeming with craft breweries and businesses that have a global reach.