SGPA Architecture and Planning sees mixed-use projects as the future of the design and construction industry. And the firm, celebrating its 45th birthday this year, says the path it has taken places it to succeed.

“Mixed-use is kind of what we are seeing as the future of our industry,” said Keith Pittsford, principal and vice president of business development of SGPA.

He said mixed-use facilities is taking an upward trend because there is less land to develop in the suburbs, and more urban redevelopment and renovation opportunities on infill properties.

“I think it’s been more practical to do it where the land values are higher, like in the Bay Area,” Pittsford said. “And San Diego is coming of age now where the land values, and the interest in developing in tight [areas are] getting more and more important. People are finally embracing density.”

“Back in those days, we were taking what were then just plain simple strip centers and adding things like landscaping and lighting and architecture, which was a foreign concept back in those days,” Pittsford said.

SGPA opened a second office in San Francisco in the 1980s. Retail shopping centers and wellness centers have been the primary work performed in the Bay Area.

At the same time the firm started to plan and design mixed-use and larger projects in San Diego, such as the Uptown District, Hazard Center and renovations to Horton Plaza. 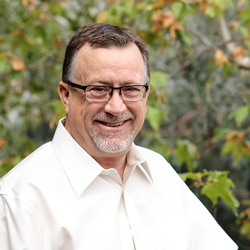 This experience and knowledge has allowed the firm to design master-planned communities with residential, retail and open space.

San Diego County Supervisor Ron Roberts, who worked for SGPA for close to 20 years before he ran for office in 1987, was a managing partner when the firm planned and designed Hazard Center in Mission Valley and the gift shop at the San Diego Zoo. He said what he remembers most about his time at the firm was the people.

“I learned about architecture and how to run a business, but the best part was our staff and clients,” Roberts said, who was hired right out of college. “Clients wanted quality work, which made our jobs easier. It was a wonderful place to work.”

Roberts added that there were some rough times for the company, especially in the early 1980s when the economy was in a downturn.

“We had to put our homes as collateral to get a loan and keep the office going,” Roberts remembered. “But we were able to manage and weather the storm.”

In the 1990s, SGPA started senior living projects, expanded its departments and added a wellness studio to focus on needs-driven care as well as senior living.

One of SGPA’s most recent wellness centers is the Seacrest Village Retirement Communities’ new Ottenstein Vitality Center in Encinitas.

It offers "healthy aging" features through physical fitness, spiritual fulfillment, emotional and social support. Its amenities include workout rooms for yoga, tai chi and cardio fitness; a spa, steam showers and wet saunas; an instructional pool and wellness pool; and a multipurpose room for social activities and seminars. Pittsford said over the next five years, mixed-use projects like this will be in high demand to meet the needs of retiring baby boomers.

“In the past 10 years we’ve seen more activity in assisted living and skilled nursing and memory care,” Pittsford said, which leads into more facilities for baby boomers.

In 2006, the firm added an education studio, which focuses on designing kindergarten through 12th grade schools, and colleges.

The firm has been designing renovation projects for the San Diego Unified School District and mixed-use projects, such as about 600 units of student housing with 35,000 square feet of retail space and a parking structure at San Diego State University.

SGPA is in the final phase of a lifestyle district called The Block at Pacific Commons, an 840-acre entertainment district in Fremont. The project contains a Target, 16-theater movie cineplex, restaurants, plazas, walkways and parking lots.

SGPA most recently was involved in the master planning, entitlement, design and construction documentation for the site work for the Pacific Highlands Ranch in Carmel Valley.

“The whole idea is ‘live, work and play,’ so you don’t have to venture far from your community,” Pittsford said about the complete communities such as Pacific Highlands Ranch. “The idea is to cut down the mileage from your trips.”

The firm is working with Miller Hull and Balfour Beatty on the design and construction of San Diego Mesa Community College’s new cafeteria/bookstore/stockroom building.

The $36 million project, which began construction this year, consists of a 65,000-square-foot building with food stations, kitchens, classrooms and cooking labs for the culinary arts program, a student-operated restaurant, campus bookstore and storage area.

Miller Hull was the lead designer on this project. SGPA was the architect on record, whose work was more on the construction administration side of the project and figuring out how the bookstore, points of sales and the stockroom could work most effectively in the building.

“I think SGPA is extremely knowledgeable of retail space and how it works together within a community,” said Ben Dalton, lead designer at Miller Hull’s San Diego office. “They are strong architects and have no amounts of ego, which is great in a project like this. The collaboration is great.”

The company has 34 employees, including 12 registered architects and six LEED-accredited professionals.

Pittsford said he expects SGPA to grow when the construction industry fully picks up.

“We are seeing a very slow, steady increase and as [the economy] gets better, we absolutely expect to expand and grow,” Pittsford said. “But we are going to do it in a smart way.”

He said they will do strategic hiring and bring on new people when a large enough project calls for it, such as a San Fernando Valley senior living facility they will begin working on.

Pittsford also discussed smart strategic management and investing the right staffing and money on project proposals that are realistically achievable.

“The most important thing I think we have learned is that you can’t go after every [project],” he said. “You have to evaluate your chances of success and only expend the amount of effort you can afford to lose.”