By PADMA NAGAPPAN, Special to the Daily Transcript
Friday, July 25, 2008

Valorie Seyfert, who recently received the 2008 Ernst & Young Entrepreneur of the Year award, is the president and CEO of CUSO Financial Services, an $80 million company located in Sorrento Valley.

She founded the innovative firm along with COO Amy Beattie in 1996, as a limited liability partnership (LLP) with credit union clients, in response to a gap they saw in the market for serving the investment and financial services needs of the credit unions.

They first began working together on common projects, providing legal and operations expertise, respectively, when they were with First Interstate Securities. Seyfert was legal counsel for various broker-dealers, investment advisers and financial institutions, while Beattie was vice president of operations. 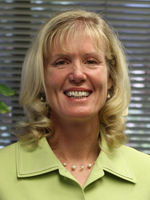 Seyfert and Beattie pioneered the concept of a value-added and credit union-owned investment platform, a completely new business model. They recognized the need for a broker-dealer who could help increase earnings from investments and make them a top priority profit center. This vision helped make CUSO a market leader.

"Investments used to be ancillary, but now it is mainstream. We believe we had a big role in that shift," said Beattie, who recalls having to convince the credit unions that their offered investment services were valuable and members should be made aware of them.

The first client came aboard in 1997, and today CUSO has 120 credit unions as clients, as well as three broker-dealers who outsource back office work to them. The firm is on target to achieve $100 million in sales.

All of this has been achieved without spending any money on advertising, relying completely on word of mouth referrals.

It is a testament to these visionary women that their core business plan has remained consistent over the years, as the company grew and expanded, extending its services beyond credit unions to include institutional investors and community banks.

The growth of the Internet, which coincided with the formation of CUSO, helped.

"When we began in 1996, the Internet was emerging as a powerful tool. So we took all the back office functions and integrated them into an online platform," Seyfert said. "It was very, very risky because not many people were ready to go online with trading. We saw it as an opportunity to eliminate paperwork and the errors related to paperwork, and take it to the national market."

They teamed up with E-Trade in 1997, which helped CUSO build its first platform.

"We were unlikely bed partners," said Beattie. "When we went out and started (to offer) a dual platform by combining online trading with financial services," she pointed out, "even Merrill Lynch did not merge these services. But now everyone does."

Since they did not have a legacy system, they built it as they grew, which made it scalable and flexible.

When asked why she thinks she was chosen for the Entrepreneur of the Year award, Seyfert attributes it to several factors.

"I probably won the award because it is a unique business. Broker-dealers try to add scale and volume with more representatives. We are in a niche market. Credit unions have seen a lot of growth through us," she said.

The timing of the award coincides with several high points in the business.

"We've been in business for 10 years; we're approaching the $100 million milestone. We've been profitable for seven years. We've proved we are not fly by night operators, and we've hit some significant profitability," Seyfert said.

Yet, when they went into business, the skeptics far exceeded their cheerleaders. "When we started, we had an awful lot of naysayers who said it would never work. The fun part is that it has worked," she said.

They were also two women breaking into a male dominated field. While they had a tremendous amount of supporters, Seyfert said they also had many male colleagues who laughed at them and referred to them as "those two blond chicks in Southern California."

The entrepreneurs were told not to bother with credit unions, that they mostly had blue-collar workers. They proved their critics wrong.

"No one realized the progress we were making and we were taking business away from our competitors," said Beattie, who acknowledged that flying under the radar certainly helped them make considerable headway before the industry became aware of the hidden potential in partnering with credit unions.

Beattie gives Seyfert credit for hatching the innovative business model that involved partnering with credit unions as part owners and sharing profits with them. "Valorie is the visionary. She is the public face of CUSO, she goes out and makes agreements and I get the things done." Indeed, Seyfert had to leave towards the end of our conversation in order to catch a flight.

Because of this arrangement, the credit unions get a nice return on their investment, which they return to their members in the form of lower rates on loans and higher rates on savings. For the most recent period, this was $4 million out of $6 million in pretax earnings. Of the 120 participating credit unions, about 50 of them are direct partners.

CUSO has an established reputation in the industry, but it is also popular with its employees for several reasons. To encourage green thinking, it reimburses employees who take the Coaster train to work, since the office is located near the station. It frequently has programs designed to boost employee morale, such as Crazy Hat day and bimonthly meetings where deserving performance is recognized and rewarded.

Beattie is proud of the fact that their employee turnover is very low compared to the industry average. The company also boasts a fair share of women in management. In addition to Seyfert and Beattie, one of three executive vice presidents is a woman, and the majority of executives at the senior vice president level are women.