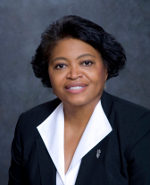 After more than 25 years in the aviation industry, Thella Bowens, president and CEO of the San Diego County Regional Airport Authority, is still making her presence known both by her employees and the community.

Bowens carried into 2014 the same qualities earning her a Top Influential distinction in 2013. Under her leadership, the ambitious Green Build project -- which expanded and overhauled Terminal 2 at San Diego International Airport -- was completed in 2013. As 2014 came to a close, the Airport Authority began its public involvement phase in the development of its next master plan for Lindbergh Field, a plan Bowens and others had already been toiling over for years in the background.

In early December, the Airport Authority announced the four options it plans to consider for Lindbergh Field's future through 2035, when the airport is projected to reach its passenger capacity. Roughly eight years after San Diego County voters rejected the idea of a new international airport at Miramar, Bowens' commitment to addressing the region's needs at its existing major airport is illustrated in her regard for organization-building as a link to the community.

During 2014, developments that Bowens is confident will further her regional mission began taking shape on the north side of Lindbergh Field. The consolidated rental car center that broke ground in October 2013 rose higher from its foundation as the months passed. When it's completed, the 530,500-square-foot building will house rental operations for Avis, Budget, Hertz, Enterprise, E-Z Rent-A-Car, Fox Rent A Car, Midway Car Rental, Payless Car Rental, Advantage Rent A Car and Sixt Rent A Car, allowing for not only an easier airport customer experience, but a reduction in Harbor Drive logjams from a patchwork of car rental facilities.

With Terminal 2 at Lindbergh Field getting a new look in 2013, the master plan update in progress under Bowens' eye promises to consider the future of Terminal 1. It may also include plans for the redevelopment of the former Teledyne-Ryan property, plans for future intermodal transportation facilities — which would be built by the San Diego Association of Governments — and the creation of new nonairline revenue opportunities.

Each of the developments goes back to fulfilling mandates Bowens says the Airport Authority — and she by extension — has been given.

"The legislation that created the Airport Authority made it clear what our role was — to provide for air transportation in the region," Bowens said. "As a singularly focused agency, we're able to do that."

Bowens, who became CEO of the Airport Authority in 2003, holds a bachelor’s degree in political science from Barnard College at Columbia University. She was the Unified Port District's senior director of aviation for seven years before the Airport Authority's creation, and was previously an executive in Kansas City's Aviation Department and a budget administrator for Dallas-Ft. Worth International Airport.