But that is exactly the path Jim Waring, chair of CleanTech San Diego, has taken. Waring has been with CleanTech since its inception just over a couple years ago. He has a law degree from the University of San Diego and practiced law and invested in real estate before working under San Diego Mayor Jerry Sanders from 2006 to 2007. His tenure there led to his return to one thing he really enjoys doing -- solving problems.

"Like a lot of private sector people getting to the public sector, I didn't think about all the nonsolution agendas that are such a big part of the public process," Waring said. "It was during that time that the idea of a clean-tech cluster came about."

Working on solutions without the day-to-day driver of making a profit is what fascinates Waring the most about being in the nonprofit sector.

"So you're able to work on causes you care about and things you're interested in," Waring added.

The premise of CleanTech San Diego, which Waring embraced as a worthy cause, was that the world was going to respond to the challenges of sustainability. The view was that somebody somewhere was going to meet the challenge with the emergence of innovative companies. 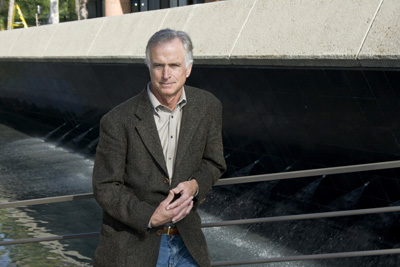 The idea was to brand San Diego. Under his tenure as chair of CleanTech San Diego, the group has built a network of more than 800 registered companies.

Aside from helping build the network, Waring said one of the biggest accomplishments thus far of CleanTech San Diego has been its ability to work with the local utility, which he said sometimes get an undeserved bad rap as being inflexible.

The connectivity, Waring said, that CleanTech helped establish between the utilities and various groups, from private companies to municipal bodies, is something he reflects on as a success. Now, alternative energy companies like Amsolar Corp. are listed side-by-side with San Diego Gas & Electric and cities like Chula Vista, Santee, Escondido and San Diego on CleanTech's member list.

"It's just a continuation of the initiative -- the programs and the outreach and the branding," Waring said.

Getting that collaboration established has been a highlight for Waring early on. But he sees deeper challenges on the horizon. Down the road, though optimistic, Waring said many of those challenges exist for the movement CleanTech San Diego represents. A slow economic recovery mixed with a high percentage of doubters, he said, will give the clean-tech sector plenty to overcome in the years to come.

"I think the future will be harder than the past," Waring said. "There's a big question out there. And that is, to what extent can we as a nation incur cost or sacrifice in the near term for a long-term benefit? Or are all of our policy decisions going to be driven by immediacy or short-term consideration? I don't know the answer to that."

The next big piece of the puzzle for Waring could extend far beyond the San Diego region.

Announced at that event was the launch of the Global Cleantech Cluster Association, a collaboration of more than 20 worldwide regional groups, not dissimilar to CleanTech San Diego. The potential impacts of the association and how they will affect CleanTech San Diego in the near future are largely undefined, Waring said, but he added that it could brighten a future that is just as unknown.

"It's based upon a recognition that if you're dealing in climate change and sustainability, you're dealing in a global level," Waring said. "Therefore some platform for the various groups around the world to be able to link up and support one another and add to their global efforts is obviously very positive.

"Maybe we can be the linkage to somebody in China or Germany that's working on the issue, so that by combining the technology, we can figure it out and make more of it."