There's a Catch-22 in Asian American cinema. The genre needs a generous pool of actors and filmmakers to develop. But to spur interest in the industry, Asian Americans need to see their faces and their stories portrayed honestly in the media.

The key to breaking the cycle is getting more people to support Asian American films, and events like the San Diego Asian Film Festival are helping to build audiences.

"I always have to explain to people: Our parents forced us to play the piano or violin, but never took us to a concert. And that's the difference in terms of the way that we as Asian Americans think," said Lee Ann Kim, founder and executive director of the festival. Kim is also television anchor and reporter for KGTV 10News. "We'll keep arts and culture within our family, but when it comes to supporting the arts outside our family, that's a whole different ballgame. So our festival is building new habits in Asian Americans to go out and support these artists."

The San Diego Asian Film Festival kicks off its fifth year on Oct. 21, showcasing more than 150 shorts, documentaries, features and music videos. It also includes workshops and panels, and the best of the festival will be announced at a Gala Awards Dinner Oct. 23. Throughout the four-day festival, films from all over the world will be screened, including a number of selections by local filmmakers. 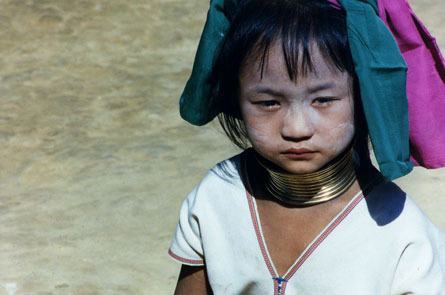 A production still from local filmmaker Dawn Poomee's "Ma-Nang," which will be screened at the fifth annual San Diego Asian Film Festival.

There are just a few requirements: The film must be no more than two years old, directed by someone of Asian Pacific Islander descent or, if not directed by an Asian, than the subject matter must deal with Asian-related issues.

"These are stories about Asian America that you never see," said Kim. "We as a community are still defining what it means to be Asian American; we're so segmented. So we have a huge responsibility to try and represent the diverse pan-Asian diaspora ... This is the only place I believe in San Diego County where you can go and take that journey through Asian America."

Phan will be on hand for a panel Oct. 24 on reality TV programming titled "Getting Real with Reality." The Vietnamese-American comedian said the festival demonstrates how the Asian American experience has changed over the years.

"Asians have penetrated into the corporate entertainment world," said Phan. The festival "shows the evolution in Asian Americans in America today, and hopefully for the future. I want to see a sitcom one day or a one-hour drama where there's an Asian guy who's a regular part of the show -- not a small appearance but a regular part of the show -- and he doesn't have an accent, and people don't even blink at it; they don't even think twice."

The goal isn't to make ethnicity incidental to every story, but to demonstrate that it can be -- and that's also part of the Asian American experience.

"'Harold & Kumar' is a film that we co-presented because the principle characters are Asian American," said Kim. "The fact that they are up there smoking weed and speaking perfect English is a part of the Asian American experience too."

While the teen comedy buddy film doesn't make an issue of the characters' ethnicity -- one is Korean and the other Indian -- it is sprinkled with reminders that the experience of people of color is different from those of Anglo Americans, said Kim. "Harold & Kumar" actors John Cho and Kal Penn will join the film's screenwriters in a panel Oct. 24 called "Harold & Kumar Go to San Diego."

Poomee's film takes a look at Burmese refugees in Thailand, exploited as a sort of "human zoo" and tourist attraction because of their cultural practice of stretching their necks with brass collars.

Born in the United States and ethnically Thai, Poomee is working on her master's degree in film at San Diego State University. She called San Diego an "awesome" town to be a student filmmaker, largely because of support provided by the San Diego Film Commission and the business community, and the city's great locations.

While Asian Americans have generally been underrepresented in the media, the community is starting to make inroads into the industry. But it faces particular challenges, according to Kim.

"It takes a lot of initiative and ambition to become a filmmaker, especially for Asian Americans," she said. "You're fighting culturally your parents. You're also culturally fighting the way you're raised to keep quiet, be humble or low key, and also the idea of am I going to make money to be able to raise a family and get married? So for an Asian American to actually become a filmmaker, it takes a lot of initiative, ambition -- and it takes a lot of encouragement. I think that's what we provide for local filmmakers."

"To have other people watch your work, to garner attention, is what makes filmmaking oftentimes worth it," said Poomee. "The San Diego Asian Film Festival is so big to me. It means the world."