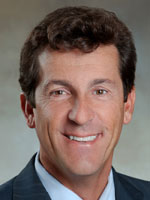 Robert Francavilla has received plenty of accolades for his work – and deservedly so – but it’s not the kind of attention he seeks.

The plaintiff's attorney at the San Diego law firm Casey Gerry Schenk Francavilla Blatt & Penfield quietly goes about his work, fighting for his clients the best way he can.

"I think a real key to Robert's success as a lawyer is his humility," said Ken Sigelman, an attorney with Kenneth M. Sigelman & Associates. "Robert is a very unpretentious, down-to-earth person. And I suspect, because of that, he is very effective in communicating with juries."

Francavilla, himself, doesn't credit his numerous victories to any particular talent, but rather because he cares so much about his clients.

"What I lack in legal skills I make up for in compassion and passion for the cause," he said. "I'm selective in the cases that I take. If I don't believe in the client, then I know I won't do (a good) job."

Francavilla said he really tries to get to know his clients, meeting with them several times at their homes, understanding their daily struggles and seeing how they used to live.

"I really like to talk about who they were before the tragedy struck them," Francavilla said. "Not only what's been taken away, but what they're left with. I also see how important it was to them, and it helps me to evaluate their case and demonstrate their loss to a jury."

Beneath that humble exterior, however, is a motivated, driven litigator.

Earlier this year, Francavilla was among a trio of Casey Gerry partners who were named "Outstanding Trial Lawyers" by the Consumer Attorneys of San Diego. He and partner Gayle Blatt were honored for helping David Finley, a major league scout, obtain a $1.8 million award. Finley fell and suffered serious injuries while playing basketball at Club One, a fitness facility in Carmel Mountain Ranch.

This year, Francavilla also helped secure a $1.25 million settlement for the country's oldest living survivor of Lou Gehrig's disease for a fall she suffered at the Crosby Estates' Sports Center in Rancho Santa Fe.

"What isn't necessarily immediately apparent, but is definitely going on under the surface, is Robert is someone who is very determined and passionate about his cases and fights very hard for his cases," Sigelman said, "so when you combine that level of determination and skill over the years with his humility, his approachableness and genuine regard for people, I think that makes for a very successful advocate, which Robert is."

Francavilla likely will be getting more attention now, since he recently begun a highly publicized trial involving a football player from Mission Hills High School who collapsed during a game four years ago. Francavilla is representing Scotty Eveland, who suffered a severe brain injury.