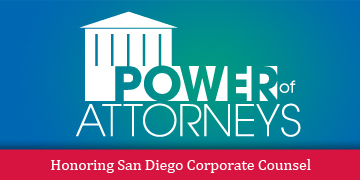 Kimberly R. Mettler joined the Viejas Band of Kumeyaay Indians’ in-house legal team in 2003 after graduating from the University of Arizona James E. Rogers College of Law. In 2007, Mettler was appointed the director of legal affairs and general counsel to the Band, and was responsible for managing the legal affairs of the tribe and all of its businesses. She is now developing a private consulting practice.

In additional to federal Indian law and policy, Mettler’s expertise focused on tribal governance, including the development and implementation of tribal law and policy, and intergovernmental relations. Mettler advised the Tribal Council and tribal government advisory committees in a number of areas including housing, taxation, family law, domestic violence and sexual assault issues, wellness and criminal law. Mettler was instrumental in the development of the Viejas Tribal Court, the Band’s sex offender management law and policy, a number of tribal ordinances, and the development of tribal cultural resources protections policy. Mettler’s dedication to the Band and tribal advocacy earned her the respect of the Tribal Council, members of the Viejas community and her colleagues. Mettler was featured in Inside Counsel Magazine in 2010, and in the Daily Journal in 2011.

In addition to her work as an attorney, Mettler has also been active in the nonprofit world for a number of years. Beginning in 1998, Mettler has been an advocate for Native women, environmental justice, reproductive justice and Native women’s leadership. After participating in the Indigenous Women’s Network’s (IWN) Emerging Activist Leadership Program, Mettler served on the board of directors for IWN and for Honor the Earth. Since then, Mettler has assisted in the establishment of several nonprofit organizations both as legal counsel and as a founding board member, and continues to provide assistance to nonprofit organizations as a consultant. Mettler currently serves on the board of the National Conflict Resolution Center in San Diego and the Native American Community Board in Lake Andes, S.D.

Mettler is an enrolled citizen of the Three Affiliated Tribes and an enthusiastic member of San Diego’s cycling community. Mettler earned a B.A. in social justice from Fairhaven College in Bellingham, Wash., and her law degree from the University of Arizona College of Law Indigenous Peoples’ Law and Policy Program.