The newly completed 305,000-square-foot DiamondView Tower office/retail complex overlooking Petco Park has nearly 237,000 square feet of office space, with leases out for signature that would bring the office portion of the project to 100 percent full.

A development of Cisterra Partners LLC in conjunction with Prudential Real Estate Investors, the project at 350 Tenth Ave. is only the second office tower to be developed downtown in the last 15 years. It also has the unique perspective of looking directly into Petco Park.

Designed by San Diego-based Carrier Johnson Architects, the property includes a health club, outdoor pool, lounge, state-of-the art training and fitness equipment, and a martial arts and yoga studio. It was built by Reno Contracting, and Howard Sneed was the build-out designer. 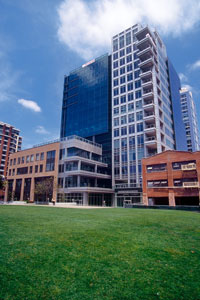 The first four floors feature a facade of brick from which the contemporary glass and steel tower rises.

The office leasing is being handled by Kraig Kristofferson and Stacy Meronoff of CB Richard Ellis, which has a 6,417-square-foot space with some impressive ballpark and city views of its own on the eighth floor of the building.

A competing firm, Grubb & Ellis/BRE Commercial, also has 2,731 square feet on the ninth floor of the same tower.

The largest tenant in the 15-story building is Cox Communications, which has 79,432 square feet on the fourth, fifth and sixth floors. These spaces include the Channel 4 studios that broadcast the Padres games when the team is at home.

Comerica Bank, which moves over from 600 B St., is another major tenant with 25,325 square feet of office space on the seventh and eighth floors and 3,237 square feet of ground floor retail space that serves as a branch. 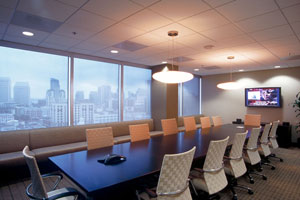 Along with Comerica, retail space tenants include Fit Athletic Club, which is taking 36,977 square feet on the ground and second floors; It's A Grind Coffee House; Prato Cleaners; and Well Heeled Spa.

There is a total of 68,539 square feet of retail space in the tower. Burnham Real Estate Services is handling the retail leasing.

The base of the tower is also adjacent to The Park at the Park, where picnickers can enjoy the game at a fraction of regular admission prices.

DiamondView, which has balconies on every floor, has already become known for its "Ultimate Skybox." Located atop the building's 15th floor, the venue includes 5,000 square feet looking into the ballpark with a conference and entertainment space along with an outdoor patio with bars and seating areas, an outdoor fireplace, multiple television monitors with video conferencing capabilities and a catering kitchen.

The Skybox, with a seating capacity of 160, is available to DiamondView Tower tenants during the day at no charge. During the evening hours, the facility is rented out to companies and individuals for corporate events and private parties. 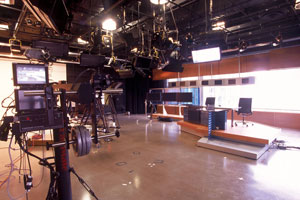 Cox Communications is the largest tenant, taking up the fourth, fifth and sixth floors. Cox's Channel 4 studios broadcast the Padres games when the team is at home.

"DiamondView Tower's Ultimate Skybox is our gift to the San Diego community. We wanted to include in the project a space that allowed all of San Diego to enjoy our one-of a-kind building," said Jason Wood, Cisterra development director. "We meticulously designed the space for the ultimate comfort and enjoyment of the users."

DiamondView has 3.5 parking spaces per 1,000 square feet, which is more typical of suburban settings, along with free tenant shuttle service.

In addition, DiamondView features a baseball-themed main lobby -- a style carried over in the common areas throughout the building in forms ranging from mementos to wallpaper.