With success in the rearview, Accredited awaits uncertain future

The company had just completed its first calendar year as a public company, a milestone crowned with the distinction of being the most profitable initial public offering of the year in 2003.

Accredited (Nasdaq: LEND) would eventually collect $130 million in profits from originating loans in 2004, selling them to investors on Wall Street and charging servicing fees for collecting borrower payments. 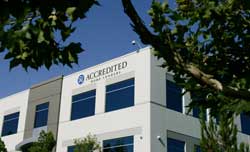 A steep increase in home prices all over the country beginning around the turn of the millenium had sparked a modern-day gold rush. Buyers of all types descended on the real estate market, many of them intent on making fast money and most of them in need of financing. Independent subprime lenders such as Accredited were making money hand over fist.

Three-and-a-half years later, that appetite has turned to nausea. Accredited -- and the subprime mortgage market -- is in shambles and at the center of a credit bust that has gripped worldwide financial markets for much of the past two months.

Although the company has likely sealed a reduced buyout from a reluctant private-equity firm, its future -- as well as the future of the entire subprime industry -- is uncertain, analysts say.

After laying off approximately 75 percent of its work force since the beginning of 2007 and shuttering its lending operations in the United States, Accredited has essentially gone into hibernation as it awaits the return of normalcy to what remains of the subprime mortgage market.

Despite the battered remnants of what was at its peak, in May 2006, a $1.47 billion business by market capitalization, Accredited has managed to do what scores of other subprime mortgage lenders failed to achieve over the past year: stay in business.

Since the beginning of 2007, 90 subprime mortgage lenders have either halted loans, closed or sold themselves, according to data compiled by Bloomberg.

A 28-year veteran of the mortgage industry, Konrath had helmed two lending companies before he was introduced to a former stock broker, naval officer and venture capitalist named Ray McKewon.

McKewon had an idea to start a business lending to borrowers who were being overlooked by traditional lenders. His business plan was to loan to people who not necessarily had bad credit, but who had gaps in their financial resumes, such as someone who was self-employed and had trouble documenting their income.

The other facet of McKewon's plan, he recalled later, was what came to be the standard business model of the modern day subprime mortgage market. By borrowing money from financial institutions to make loans, lenders would earn profits by lending that money out to borrowers at higher rates. The companies would then sell the loans to investment banks, who would bundle the loans together and sell them to investors in the form of asset backed bonds. In theory, the mortgage company would earn a profit on the origination of the loan, the sale of the loan and from the servicing of the loan -- essentially acting as managers of the loans and collecting payments.

So in 1990, with $30,000 pooled from their own personal bank accounts, Konrath and McKewon opened for business above an automobile repair shop in San Diego and began brokering loans.

"It was initially a path to an inefficient, underserved marketplace," McKewon later recalled during an interview on the local entrepreneur radio program "I'm There For You Baby" in late 2006. "But those things in entrepreneurship and capitalism always eventually become super highways. Everyone else joined us later."

By 2002, Accredited's financial backers, which included local La Jolla firm Enterprise Partners Venture Capital, were itching for a liquidity event in order to realize the return on their investment. At the time, the U.S. economy was in recession, and the U.S. stock market was in the process of bottoming out.

Nevertheless, McKewon said he felt the company had to honor its commmitment to its financial backers and pursue its offering. And in February 2003, after a long and grim roadshow, according to McKewon, Accredited's backers got what they had asked for.

The company went public at $8 per share, far short of its offering statement aimed at $10 to $12 per share.

But by the end of 2003, buoyed by a rebounding economy and a bullish stock market, shares of McKewon and Konrath's company had skyrocketed to more than $30, a gain of more than 275 percent, making the men and their financial backers very wealthy.

"We did substantially exceed every expectation of what our earnings and growth would be," McKewon later said.

The same exuberance that caused the subprime mortgage industry to thrive during the boomtime real estate market in the first half of the 2000s contributed to its collapse.

A wave of delinquencies that continues to grow and is showing no signs of abatement, caused investors to ditch their bonds backed by subprime mortgages. That flight-from-risk mentality eventually spread to asset-backed bonds and debt from all but the safest offerings.

Without a demand from investors, lenders like Accredited who relied on their warehouse lines of credit to do business, were sent scrambling.

"I have been in the mortgage business for 36 years, and today's market is the toughest environment I have ever seen," said John Robbins, chairman of the Mortgage Bankers Association, in testimony on Capitol Hill last week.

Bose George, an analyst with Keefe, Bruyette and Woods in New York, calls what happened in the subprime market this year a "disaster."

"The wave that hit the subprime sector overwhelmed everybody," he said. "I don't think there was anything anyone could do."

In this environment, the savviest of Konrath's moves was to orchestrate the sale of Accredited to Dallas-based private-equity firm Lone Star Funds, George said.

"The best thing they did was sell themselves at a reasonable price berfore the whole thing collapsed," George said.

Lone Star funds got buyer's remorse shortly afterward, when the deterioration in the subprime market worsened. However, after a contentious and litigious honeymoon, the two companies reconciled their differences and on Sept. 19 agreed to a reduced sale price of $311 million, or $11.75 per share. The new agreement represented a 22 percent discount on the original $400 million value. Many analysts had speculated that Accredited would have been forced into bankruptcy had the deal not gone through.

George said the deal is likely to go through now because the terms are fairly straightforward.

There is much more uncertainty, however, about the future of Accredited and the subprime industry.

George said Lone Star recognized Accredited's strong management when the subprime market began experiencing turmoil. He said the company had planned to buy the company cheap in order to be in a strong position within the industry when the storm cleared.

As conditions within the market grew worse, that game plan lost its luster, and Lone Star tried to bail.

Assuming the deal goes through, Lone Star's options with Accredited are to wait and see if conditions improve or to downsize the company further, George said. As of August, Accredited said it had cut its staff down to 1,000 and those familiar with the company say there have been additional layoffs.

"Now subprime will have to reinvent itself," George said. "Those borrowers will still need loans, but they won't get them through the subprime industry that we knew."

Meanwhile, Accredited is in limbo and the two men who founded and grew the company from its infancy are in very different positions.

Konrath, who controlled about 7.4 percent of Accredited's shares as of January, remains chairman and CEO and awaits direction from its new owners.

McKewon, who retired and parachuted out of Accredited in 2005 with a hefty payday, no longer owns a significant position in the company and spends much of his time touring the country with his rock band.

The band is called "The Xceptions."

Send your comments to jeran.wittenstein@sddt.com.