By BRIE IATAROLA, Special to the Daily Transcript
Thursday, April 17, 2008

More than a century ago, Thomas Beverly Penick cemented his place in San Diego history by using horses to haul sand and gravel to construction sites.

Although the landscape has undergone massive makeovers since the Kentucky-born entrepreneur hopped off a train in 1905 with his family in tow to test his skills in the West, Penick's vision to provide quality services as a concrete contractor lingers with every successor.

Enter great-grandsons Tim, 45, and Marc Penick, 51, brothers who have served as president and CEO, respectively, of San Diego-based TB Penick & Sons Inc. since 1999. The duo's desire to tap different markets and explore technology advancements in construction and project management may explain why the company has remained a mainstay in the city's building industry for 103 years. 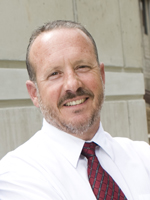 "We have multiple families who run this business," said Tim, who was hesitant to pigeonhole his duties as company president because they overlap with those of his sibling. "... Marc and I are 50-50 owners along with a bunch of really talented people."

Efforts to acquire and retain a committed management staff over the years have been profitable for the company, which specializes in concrete surface architecture and general construction.

"More than 50 percent of our business each year is for clients we have worked for previously," Marc wrote in an e-mail. "This is a key element for our firm."

Based on 2006 revenues of $115 million, TB Penick & Sons is considered one of the 100 fastest-growing firms in San Diego, and sales are expected to reach $135 million this year, according to Tim.

"We're on a pretty steep growth track," he added, "so we retain earnings sufficient for growth, and we also issue generous incentive bonuses to the teams that are the engine of that growth." 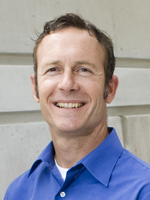 With a work force that includes 400 employees, leaders are determined to continue undertaking projects in all three divisions, which include structural concrete, general construction and innovative concrete systems.

No doubt, TB Penick & Sons has evolved since the days when crewmembers mixed their own concrete in a "tea-pot trailer" and spearheaded roadway-construction efforts for the Marine Corps Recruit Depot. Now they test eco-friendly paving systems such as lithocrete, grasscrete and "Save the Fish" Porous.

What are the secrets behind the company's ongoing success? Tim pondered the question for a while before hammering out three important factors:

"Creating new products and services for our clients and an environment of opportunity for our people," he said; "moving to quality in relationships, finished product and client experience; and never forgetting that productivity and excellence are lifeblood."

The brothers also believe the company thrives by targeting appropriate construction markets, such as military and federal, education, entertainment and gaming, and religious.

"Although the economy is changing in 2008 after a 10-year run of expansion," Marc wrote, "we see opportunities for growth remaining in our markets. In particular, the Naval Facilities Engineering Command has a strong program the next several years.

Projects for the military, however, are, and TB Penick & Sons could profit from time vested in two $600 million, multiple acquisition construction contract programs (MACC) for the Naval Facilities Engineering Command, an entity that manages naval construction.

"This MACC represents our 10th year in the program producing mostly design-build projects (throughout the state of California) as general contractor for the military," Tim added.

Opportunities also abound for TB Penick & Sons in the educational sector. The company is currently working alongside Turner Construction Co. on a design-assist basis to construct eight buildings valued at $11 million, as well as a 14-story concrete tower for the University of California, San Diego's $93 million north-campus housing project, slated for completion by 2009.

"Our most exciting projects are out of town," Tim said. "... We follow clients, and in doing so we end up staying there. Within the last 20 years, we've been expanding the business geographically."

They've been expanding spiritually, too -- though not necessarily in a literal sense. Both brothers indicated TB Penick & Sons has a niche in designing and building religious facilities.

"Worship space is a unique type of construction," Tim said. "The clients are not professional developers. For most users, this will be the only time they build something like this."

One such client includes the Diocese of San Diego's St. Margaret Catholic Church in Oceanside, where TB Penick & Sons completed $8 million worth of new sanctuary and site improvements in January.

"We did a design-build project for the Diocese about 15 years ago and then a tough seismic upgrade at St. Brigids in (Pacific Beach) a few years later," Tim said. "The client was so happy that, through word of mouth, our portfolio grew rapidly."

Thomas Beverly Penick made a wise decision one fateful day in 1923, when he reconciled differences with his son Lloyd and relinquished just enough control to let his teenage son expand the firm's scope of work. Using only his name to advertise services no longer made sense, and neither will the current moniker if any daughters join the upper-ranks.

"We like our business units and departments to maintain a succession plan with expertise and leadership arranged in 10- to 15-year waves," Tim said. "... I don't want to create the impression that it's only members of various families. ... Some of the succession planning is going to happen with people we haven't hired yet."

So what if these individuals are female?

"... It's our opinion that the ladies that work here are some of the most effective construction professionals in the West," Tim said. "How does TB Penick and Great-Grandsons Inc. sound?"