With new contracts on the horizon, Quantum foresees growth

By JENNIFER McENTEE, Special to The Daily Transcript
Monday, August 22, 2011 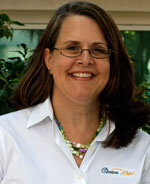 How might Quantum Professional Services Inc. grow into the future? That's contingent on how much work Quantum can land in the next few months. Quantum has about 10 employees, and expects to steadily grow depending on the number of contracts awarded by year's end, according to Quantum President and Chief Executive Jennifer Albers.

"We're submitting a lot of proposals," Albers said, noting that Quantum is looking at projects in systems engineering and homeland defense in San Diego, along the West Coast, and beyond. "We're open to the opportunities that are out there."

Quantum's professional services include systems engineering and integration, information technology, program and financial management, and corporate support. Its clients include the Department of the Navy, SPAWAR and the Fleet Readiness Center Southwest.

Albers said Quantum sets itself apart in the industry by hiring well and giving those employees growth opportunities. Quantum recruits at veterans' job fairs and based on referrals from existing employees.

"Folks don't recommend people they wouldn't want to work with," she said.

Albers, a service-disabled Navy veteran who previously worked at San Diego's INDUS Technology Inc., said the San Diego defense industry is "a very close-knit community." The San Diego chapter of the National Defense Industrial Association is among the nation's most active in its mission to bring together government agencies and the defense industry.

San Diego, like other regions with a significant military presence, is well positioned to attract government contracts large and small, she said.

Beyond the economy, Albers said small businesses in the defense industry are also concerned about an anticipated 3 percent withholding on nearly all federal, state and local government contract payments. The NDIA has said compliance with the law -- called Code Sec. 3402(t) and currently slated to go into effect Jan. 1, 2013 -- would impose an unnecessary financial burden on the public and private sectors.

Small defense businesses have slim profit margins as it is, according to Albers. The 3 percent government withholding would pose a "significant hardship," she said.

Officials with the Internal Revenue Service held two conference calls in August to discuss which government bodies might withhold payments under the new rules, what payments are subject to withholding, and the procedures for reporting and paying the withheld amounts.

The contract bidding process and bank financing limitations mean that government contractors can't simply raise fees to make up the difference, according to Albers.