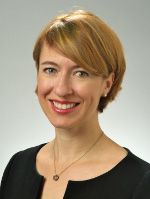 The leader of Best Best & Krieger's renewable energy practice has been living a "green" life since she was a teenager, when, as a junior at San Pasqual High School, she started a recycling program to raise money for St. Clare's Home in Escondido.

Akins currently lives in a 1,000-square-foot home without an HVAC system, walks to work and continues to recycle as she embraces a lifestyle with a small footprint.

Her law practice focuses on solar and renewable energy projects for public agencies.

"It's heartening to see public entities embrace green technologies as a way to reduce the bottom line," she said. "It's a double benefit for the public: improving air quality and generating energy costs savings."

Last year, Akins led a coalition of 11 public agencies in its successful opposition to San Diego Gas & Electric's proposed "network use charge" on solar installations. The new fee would have increased the agencies' electricity costs by more than 300 percent.

An administrative law judge ultimately issued a scoping memo, excluding the network use charge from the proceeding.

"It was a significant victory for us," Akins said. "Right off the bat, (removing) the network use charge saves my clients thousands of dollars a year.

"As institutions, they believe in green energy and continue to show leadership by challenging SDG&E on large policy issues posed by the rate case."

In 2009, Akins helped a similar coalition fight SDG&E's plan to proactively shut off electricity to more than 100,000 back country residents during dry, hot and windy weather conditions.

"She's wise beyond her years, and she gives off that confidence and maturity," said James Gilpin, a member of BB&K's executive committee. "She's driven the formation and perpetuation of our alternative energy group."

Akins recently was selected to the board of directors of the California Center for Sustainable Energy, which administers the California Solar Initiative rebate and other incentive programs.

She's working with NLine Energy, a renewable energy development company that is designing a way to generate energy from the water that runs through pipes. She's also helping a company that specializes in biogas and gas recapture technologies.

Additionally, Akins was tapped by the developer of the Sacramento Kings' proposed $391 million basketball arena based upon the work she did for an arena project in Ontario, Calif.

Gilpin said she succeeds because of the passion she holds for her clients and the work they do.

"She really takes her clients' interests to heart and owns them and becomes a very tenacious and zealot advocate for their interest," he said. "She's one of the rare people who got to turn her passion into a career."