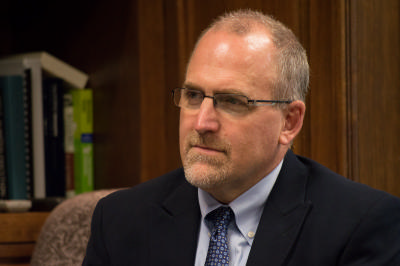 Advisers can help clients make informed decisions in a world of information overload from the Internet and changing markets.

Local professionals discussed how they advise clients on financial matters, estate planning and employment, while also looking ahead to 2014 and on at a recent roundtable hosted by The Daily Transcript.

Alan Nevin, director of economic and market research for Xpera Group, said that in almost every decade, there are three good years, three bad years and four middling — but that this last decade has “messed up” all of his trend lines.

“But this decade I see going the right way and it will get us back to normal trends,” Nevin said. “I like next year — I think 2014 is going to be a good year.”

Peter Callstrom, president and CEO at the San Diego Workforce Partnership, said his organization offers job training programs funded by the Department of Labor. He said he works with people mostly in the lower socioeconomic category, but also white-collar workers who were displaced in the recession.

The Workforce Partnership also performs industry reports and research to find out what’s going on in the markets to match its training courses with what employers want, Callstrom said.

“It’s our job to show the job seeker, here’s the array of jobs in demand, here’s what it takes to get on that path,” Callstrom said.

Andy Micheletti, vice president and CFO at BofI Federal Bank, said his company has launched a brand called Netbank to target people who need a hand getting back into banking. These are people who may not qualify for BOI’s brand because of check-system issues, credit problems or lack of a permanent address.

“Netbank is designed to be a second-chance checking account for people who maybe have a few hiccups. It is not the low-fee option — there are fees on this account — but it is designed to be a much more profitable situation for them,” Micheletti said, adding that check-cashing stores would charge more than 30 to 40 percent.

The Internet has changed how to advise clients.

“They may have heard the words, but don’t really understand how it might apply to them,” said Michael Fenison, founder and CEO of Pure Financial Advisors.

He explained that he works to overcome “the message that financial advisers aren’t worth the money because you can do it yourself.” His company educates its clients to bring them up to speed with what it takes to maintain a financial plan, he said, and to keep them up to date on an annual basis.

“We call it the 'easi' process — education, assessment, strategy and implementation. So we try to have it set up so somebody can go through the process as far as they want to, but not further than they want to,” Fenison said.

Kelley Wright, managing editor of Investment Quality Trends, said the Internet has allowed people to enter the money management process at different angles, but they’ve missed some steps along the way.

Dawn Hall Cunneen, partner at Procopio, Cory, Hargreaves & Savitch LLP, works in estate planning and said she is in court twice a week on trust and estate matters. Most of her cases come from people who used electronic software to draft their estate plans.

“They have no idea what they’re saying and what they’re signing up for, what structure they’re creating and when they’re doing this, what the implications are,” Hall Cunneen said.

She gave the example of a woman who had a $20 million estate and drafted her trust online, which stated that she leaves 20 percent to five charities — but it was unclear whether it was 20 percent to each charity or 20 percent total to be dispersed among the five.

“We engaged in about six years of litigation over what 20 percent meant,” Hall Cunneen said. She won — but the attorney’s fees were “astronomical,” so the $5,000 to $10,000 it would have cost for a proper plan would have more than made up for it.

The Workforce Partnership uses computers and the Internet in its career centers to help people with the job process — including resume building and job searching. It offers resume writing workshops, interview skills workshops and financial management, as well as mental health issues, Callstrom said.

Micheletti said his company wouldn’t exist without the Internet and it has allowed him to have a branchless bank.

“We’re saving money. That allows us to pay that benefit back to the consumer in terms of low fees and low rates,” Micheletti said.

Looking forward to 2014, Fenison said he expects some volatility in the markets, which may be troublesome for people whose memories “are relatively short.”

“It’s been a little while since people lost half the money in their equity portfolios, and equities have been great for a while now,” Fenison said. “There hasn’t been a lot of retracement or correction since the bottom.

“People are becoming complacent and probably increasing their risk profiles when they probably shouldn't — they start shifting more money toward riskier assets and that’s probably a mistake. I suspect there’s going to be some volatility in the markets in the coming year and people tend ... to financially do the exact opposite of what we should do.”

He said his challenge as a firm is to get people to stick to their plans and keep their plans relevant.

“We really had our work cut out for us when people were losing money in their portfolios, and keeping them in their portfolios for the recovery is where we really added value. I think that’s probably going to happen again over the next year or two,” Fenison said.

Wright said the current environment is working through an “interesting experiment” with government intervention, but he said he senses that it will end.

“It’s going to be interesting to see how the markets react to that. We have no idea,” Wright said. “From our perspective in what we do, when we look in terms of value, not prices — prices are what we bicker about in the markets all day long — but values, what’s the company really worth, there’s not a lot of what we would call good, current value in the equity market. There’s been a lot of speculation, a lot of run-up — so I think 2014 could be a fair to middling year. 2015 is probably going to … we’re going to have to go back and revisit some of what Michael was talking about. It could get ugly in 2015.”

Hall Cunneen said as the year comes to an end, it’s important to consider the requirement of distributions from retirement accounts. She said it needs to be fully satisfied because the penalties are steep — about 50 percent, she said, which is between $50,000 to $100,000 for some clients.

“So for anyone who is working with folks and they have a death, that might be something you want to mention this time of year,” she said.

As the year comes to an end, Fenison said, the “biggest thing” somebody can do is take a good look at Roth conversions, which have to be done by the end of the year.

“It makes sense for 99 percent of people because of the recharacterization rules,” Fenison said. “You can do a Roth conversion, which is essentially taking money out of a qualified plan and moving it to a tax-free qualified plan and paying tax to move the money.”