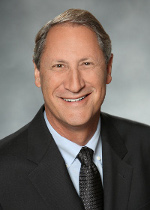 It took 20 years for the career path of Dave Bialis to lead back to his native Southern California, but his homecoming in February 2011, to become senior vice president and general manager for Cox Communications' California operations, was one he'd long hoped for.

“Between friends and family and my dad, who's in his nineties, I was a Californian through and through. I always wanted to come back to Southern California and I was able to do that through the company, which was great,” said the Los Angeles-born-and-raised Bialis, who earned a bachelor’s degree in accounting and finance at the University of Southern California, and was a senior auditor with Price Waterhouse & Co.

Bialis first joined Cox in Santa Barbara in 1984. He bid adieu to Southern California in 1991, beginning a sojourn that included two stints at Cox's corporate headquarters in Atlanta -- the first of which was as CFO for the Cox-owned Atlanta Journal-Constitution -- and 17 years as senior vice president and general manager of Cox's system in Oklahoma.

Having done so has benefited Bialis, particularly in his current role. Cox's telecom properties in San Diego, Orange County, Santa Barbara and Rancho Palos Verdes are within his purview, and Bialis is responsible for directing his team's sales and marketing efforts, achieving goals and spearheading community relations efforts.

Getting things done is a constant challenge in the ever-changing, highly competitive telecommunications industry in which Cox is a major player.

"This technology revolution is incredible," Bialis said. "And meeting customer needs in a rapidly changing technological environment is very exciting, but it's extremely challenging to keep up and keep your people informed so they can serve the customers."

Serving Cox's Southern California customer base is a priority, but so is serving the communities in which the company does business.

“It's Cox's value system to be involved in the community,” Bialis said. “We have 60 percent of our employees that are contributing [to the Cox Cares Foundation, Cox's employee-funded philanthropic arm] which is greater than we've ever had.”

Bialis -- who loves live music and is a patron of the arts -- serves on the board of the La Jolla Playhouse. He's also on the board of Voices for Children, which funds and trains court-appointed advocates who work with kids in the county’s foster system.

“I like being involved in the arts and [a charity] that also kind of tugs at your heart,” Bialis said.

For two decades, Southern California tugged at Dave Bialis' heart. In his heart, he's happy to be back home and making an impact.