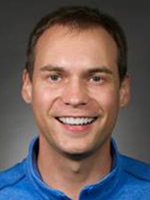 It may sound like the start of a joke, but throw in a sixth person, toss around $1.5 million in capital from e.ventures and the need for a modern way to find and use service professionals, and out pops HouseCall.

The app, developed mostly for iPhone users but also available on the Web, takes the Angie’s List and Yelp concept of finding recommended service professionals from cleaning services to plumbers to Christmas-light-hanging help, but goes a few steps further to synchronize and simplify pricing, paying and scheduling the service.

From the service providers’ side, the tool allows a streamlined work flow by taking care of billing and scheduling, and could even help save on gas by finding more local customers.

From the buyers’ perspective, the app aims not only to make finding a reliable professional easier, but also instill trust in the user. Buyers are able to see who is coming to their home, complete with a headshot taken by the HouseCall team, track their arrival on a map, and have a fixed price set ahead of time so there are no surprises.

“There are six of us who came up with it,” said Ian Heidt, co-founder and CEO of HouseCall, which officially launched about a month ago. “Five of us left from Qualcomm. We were doing pretty good there, but decided that we wanted to do our own thing. So we left in June 2013 and started this.”

“Pretty good” is perhaps an understatement. Four of these 30-somethings worked in the same lab at Qualcomm (Nasdaq: QCOM), helping found the company’s experimental division, Qualcomm Labs. They were also members of the group that developed the Gimbal platform, which allows for mobile-centric communications based on the user’s interests and location in real time, with many retail applications.

Heidt said the concept behind HouseCall was born from their expertise in mobile software and technology, as well as their desire to solve the problem of finding and booking trusted local service people, an area they noted hadn’t seen many advancements even as technology improved.

“We got it up and running pretty quickly — the last couple of months it’s just been friends and family we’re telling about it, but now we’re doing a little more publicity, and we got it up now to several hundreds of people throughout San Diego,” Heidt said.

Buyers using HouseCall are able to see who is coming to their home, complete with a headshot taken by the HouseCall team.

The service is focused solely on the team’s home turf, although Heidt said they have already received inquiries from southern Orange County and Temecula, and expect it will naturally expand geographically, and eventually go nationwide.

He said it’s a goal of the company’s founders to stay in San Diego and take an active part in developing its budding local entrepreneurial scene.

“We’re starting to see more evidence of a growing startup community here,” Heidt said. “There’s a pretty healthy concentration of new tech startups downtown now, kind of loosely aggregated around EvoNexus … and we’re starting to see that there’s an increasing number of events that startup founders are participating in.”

Heidt said the existing talent in wireless, aerospace and other technology sectors is a huge plus for the region, as is increased networking between companies, which HouseCall took full advantage of.

“One place we learned from is TakeLessons, a marketplace for tutors and music lessons, similar to what we’re doing, but in a different vertical,” he said. “We’ve been able to share with them our experience, and talk about how to get more supply and how to get more users.”

Where can San Diego improve?

“I think there’s still a need for more capital — money and funding resources here in San Diego,” Heidt said. “I think the area definitely has a sufficient amount of money, but it’s difficult for startups to get access to the right people in the right timeframe.

“We ended up raising money from e.ventures, the first institutional investors in Angie’s List, because they were in the right domain and understood what we’re doing. But they’re based in San Francisco, so I’d love to start to see it be easier for people with good ideas here to get access to capital.”

The app is free; HouseCall takes a percentage of the cost for each job. Heidt said the amount, which varies based on the type of work and the price of work done, hasn’t been disclosed because it’s still being figured out and fluctuating.