Innovative restaurateur reflects on her success 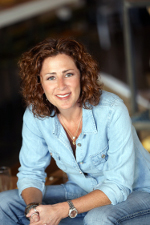 Tracy Borkum owns several restaurants around the city, including Cucina Urbana in Bankers Hill and Fish Public in Kensington.

You might not know her name, but chances are if you’ve lived in San Diego you’re familiar with her work, which includes Kensington Grill, Laurel, Cucina Urbana, Fish Public and Cucina Enoteca Del Mar.

Meet Tracy Borkum, the mastermind behind some of the most popular culinary establishments in America’s Finest City.

Borkum, who began her restaurateur career in San Diego in 1995 with Kensington Grill, said she’s seen a massive, welcomed transformation in the industry over the last two decades.

“When I moved here 20 years ago I came from San Francisco, where there were many small, local neighborhood restaurants throughout the city,” Borkum said. “San Diego seemed lacking in this style of establishment, and diners were forced to travel to particular areas -- of which downtown and La Jolla were good examples. There weren’t many opportunities for you to walk down your local street and find a great little independent restaurant.”

She said that’s changed, but cautions that the pendulum is starting to swing too far in the opposite direction in some neighborhoods.

“There are areas that are possibly on the verge of being oversaturated, so I think those communities need to be careful to not over-populate their neighborhoods with restaurants,” she said. “I’m a big proponent for mixed-use, so I think it’s important since we’ve now seen an influx of restaurants in certain neighborhoods, that we start seeing more retail integrated into those environments.”

Borkum’s recent endeavors through the Urban Kitchen Group -- with Fish Public opening in June and the Cucina series, starting with Cucina Urbana in Bankers Hill in 2009, Cucina Enoteca Irvine in 2011 and Cucina Enoteca Del Mar in September -- all have a focus on local, sustainable and organic food, a trend that Borkum said isn’t going anywhere and will hopefully only increase.

She said Southern California is uniquely positioned to be able to support local farmers and should take that opportunity, regardless of cuisine or menu options.

A key element of Borkum’s restaurants, and one of the triad of criteria she uses to assess her establishments’ success, is the space itself. All of the design work is done in-house, and Borkum said her background in theater and art history have helped her in that regard.

One of the upcoming movements in the industry that Borkum has her eye on, and is already working on, falls into this arena.

“As far as what we’re doing on the restaurant level, more than anything right now our focus is breaking down the barrier between the back and front of the house, the kitchen and the dining room,” she said. “Even on a design level, we’re bringing more of the kitchen out front so it’s visible to the guests -- because I think people are intrigued by that. They’re interested in watching the cooks, and seeing their food be prepared right in front of them as opposed to the old days when the kitchen was totally hidden from view and every once in a while you saw a chef come out to work the room.”

Borkum’s other two measures of success are the quality of food and service provided, though she said a key component -- and her main role as owner -- is listening to customers.

“First and foremost, the most important duty as a restaurateur is to listen to your audience,” Borkum said. “Listening to the public’s wants, especially your own customer base, is paramount. It sounds quite obvious, but sometimes I think we can get caught up in trends and miss the boat completely.”

One trend that she is paying attention to and is an avid supporter of is more women in the food and beverage industry, and in more leadership roles no matter the sector.

“I think there’s less and less gender divide showing up in our industry, especially at the entry-level positions where we’re seeing far more women in kitchens and out on our floors these days,” she said. “I feel proud when I walk into one of our locations and start counting heads -- some days at Cucina Urbana there are more women in the kitchen than men.”

Though things are certainly improving, Borkum said she still experiences moments where she feels her gender is taken into consideration, but chooses to not let it affect her and encourages others to do the same.

“There are moments when, as a woman owning a business, you stop for a second and think: ‘Would this person be dealing with me this way if I were a man?’” she said. “But I certainly believe that those moments are more and more fleeting. What I tell any woman that works for me is to empower yourself, stand with confidence, use your female strengths … to your advantage and don’t let anyone get the best of you.”