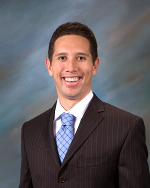 Sean Giffin, leasing manager for the NTC Foundation, has worked to overhaul 27 historical buildings at Liberty Station in Point Loma, and now has the greater challenge of doing it without redevelopment funds.

Giffin, nominated as a Young Influential by Preston Cavignac, account executive of Cavignac & Associates, said 16 of the buildings that were intended for civic, arts and cultural uses have been completed and are 83 percent occupied.

Some of the major tenants include locally based KMA Architecture, San Diego Ballet, Solare Restaurant, the Women's Museum of California and the San Diego Watercolor Society.

The NTC Foundation, which has always relied on philanthropists and its end users, has had to rely on them even more since Gov. Jerry Brown ordered redevelopment agencies dissolve in 2012.

Cavignac said Giffin is up to the task of making up any shortfall.

Giffin, who has been in the industry for the past decade, said he is hopeful that the end users of the remaining 11 buildings will play a major role in bankrolling the improvements, but just who those tenants might be is still being determined.

When Giffin isn't trying to fill buildings at Liberty Station, he is serving on NAIOP San Diego's board of directors, where he has been a member for six years and chairman in 2012.

Giffin said the NAIOP experience has enabled him to transfer his vision from the micro level of a project-by-project approach to a macro level that extends to policy questions, for example.

"It's been one of the best things I've ever done," Giffin said.

The NAIOP network, which has about 15,000 members across the country, has about 530 members in San Diego County.

Roughly 40 percent of NAIOP's members are younger than 35 and belong to the Developing Leaders Program, with members such as Giffin and his peers.

Giffin told The Daily Transcript last year that the Developing Leaders Program was one of the things he most liked about the organization.

“Peer interaction and support is a big reason. I’m not just going to events with a bunch of seasoned people, but also my own age group," Giffin said. "And the program has its own agenda and outreach projects, from food and clothing drives to beach cleanup."

Aside from networking opportunities, NAIOP focuses on education about current and pending legislation and how it affects members, getting to know political candidates’ stances and making informed choices and market forecasts.

It also focuses on legislation and supports pro-industry bills.

NAIOP was among several groups that in early March successfully fought the proposed city linkage fee on commercial development that could have been increased by as much as 500 percent.

Giffin said NAIOP’s educational measures have helped him keep up with what’s happening locally, regionally and nationally, from the linkage fees to the state government’s closing of redevelopment agencies.

Along with his Liberty Station and NAIOP efforts, Giffin is a member of Voices for Children, a nonprofit that arranges for court-appointed advocates for foster children. It is Giffin's fourth year with the organization.