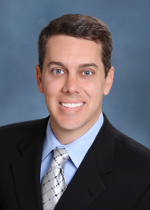 You're an attorney who just made partner after 13 years at an AmLaw 200 firm.

What's your first move? Uncork a bottle of champagne? Take the kids to Disneyland?

For Brian Kintz, it was to resign and head off into the unknown with five colleagues to try to launch a new model of law firm.

"To me, it was much more risky to stay," said Kintz, who had spent his entire career at Allen Matkins Leck Gamble Mallory & Natsis before leaving in July 2013.

Thomas Crosbie, Ray Gliner, Dana Schiffman, Sean Southard and Craig Swanson had an average of 25 years of experience when they decided to launch a lean, client-first law firm focused on the commercial real estate industry. One of the main reasons for breaking off on their own was the desire to adopt a new way of delivering legal services that would include alternative billing and lower rates.

To help contain its overhead, the firm has outsourced some of its accounting and human resources services. It's also used the latest software technology to minimize its office footprint while maximizing efficiency.

Kintz, who was recruited by the founders over the phone while on vacation in Iceland, believed in the new model, as well.

Although his April election to the partnership had just taken effect July 1, Kintz came aboard less than two weeks later.

"The most important thing was I thought I could develop my actual core clients; I could service them better because I could give them a lower rate," he said. "The clients I was working with -- they were struggling with what I was charging.

"It's been a complete shot in the arm to be over here. We're working much more on a model of developing business as a group."

The CGS3 partners appreciated Kintz for his dedication and work ethic.

He focuses his practice a broad range of commercial real estate deals. He represents landlords and tenants in the leasing and disposition of office, industrial, retail and mixed-use developments. Kintz's practice also involves real estate finance and development.

Shortly after graduating from the University of Wisconsin Law School, Kintz, a fifth-generation attorney, knew he didn't want to be a litigator, but, rather, someone who helped initiate transactions.

"I just love putting together deals," he said. "It's fun to drive by and say, 'Hey, I help put that tenant in that center,' or 'That signage that's at the top of that building? I did the lease that gave the tenant the right to put that on.' It's very concrete to see this is what I worked on."

He said the key to his success has been good, old-fashioned hard work.

"I listen to what the clients are saying. I've always taken the approach of trying to be a business maker and not adding hurdles to deals."

It's a philosophy he shares with the other CGS3 partners.

"We're all invested in trying to get the deal done. I think all of us are of the same mindset."