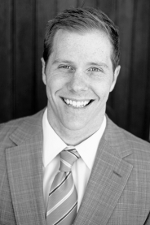 Commercial real estate brokers in San Diego routinely fill retail spaces on a regular basis. But it requires a special breed of broker with a rare quality -- innate vision -- to fill spaces by discerning the precise mix of retailers relevant to, and capable of enhancing a particular community.

Jim Rinehart, a vice president in the San Diego office of the global commercial real estate giant CBRE, is one such visionary.

“My vision, really, is to create communities where people want to spend time and money because of the types of businesses and restaurants that we can procure,” said Rinehart, 34. “I look at retail, restaurants and stores as culture. People are culture-starved in some ways and we have the opportunity to improve the culture of our city if we think bigger.”

Rinehart, who came from Seattle to San Diego in 1998 to study business and communications at Point Loma Nazarene University, specializes in commercial retail space in La Jolla and downtown San Diego. Seeing what he thinks is lacking in an area and what has worked well in other cities, Rinehart endeavors to bring his visions to fruition.

“I pursue those types of experiences, those types of business owners, to transform neighborhoods that may be stale into vibrant, thriving communities,” Rinehart said. “I just use real estate as a vehicle for it.”

“(The upscale tenant) completely transforms the image because that's the gateway, that's the lobby, that's the bullpen, so to speak, of La Jolla,” Rinehart said. “It's sparked kind of a flurry of activity (among) other tenants that now want to be in La Jolla because they see those two brands there, and they all like to follow each other.”

“From the time we took on the project, everyone said, 'You can't make multilevel retail work,' and we've got some of the most amazing brands in the world in lease negotiations right now,” Rinehart said, adding that La Plaza is expected to open in August or September. “What everyone is telling me I can't do, I'm finding needles in the haystack because I don't look at life with limits.”

“Jim is a highly decorated retail broker, but his influence extends far beyond titles and accolades,” said John Frager, executive managing director of CBRE in San Diego. “He has a vision for San Diego, and he has made a major name for himself in his journey to bring that vision to life.”

“I just remember going to La Jolla as a college kid in 1998 and my jaw would drop because I'm from Seattle and I've never seen a coastal community quite like it,” Rinehart said. “Now, to be in San Diego and be the one that's helping shape one of the best communities in all of San Diego, if not one of the most iconic beach towns in the U.S., is pretty fun.”