In the first half of the year, Obamacare and the VA hospital scandal dominated national news. In San Diego, health care facility construction continued to be an area of high activity, and there was news of shake-ups at two health groups and new regulations pertaining to medical marijuana.

Construction of the new Kaiser Permanente San Diego Central Hospital in Kearny Mesa kicked off in February. The 565,000-square-foot facility is being built on the 19-acre lot at Ruffin Road and Clairemont Mesa Boulevard, where the county of San Diego Registrar of Voters building stood.

The seven-story facility will be Kaiser’s first new hospital in 40 years and will feature 450 patient rooms with “telehealth technology,” as well as image-guided surgical and robotic equipment. The approximately $900 million campus hospital is set to open in early 2017.

A “topping out” ceremony was held in June to celebrate the completion of structural steel construction on the new 71,000-square-foot Heart and Vascular Center at Sharp Grossmont Hospital in La Mesa. Begun in April 2013, the project is expected to be completed next year. Sharp HealthCare is the operator of Sharp Grossmont Hospital. 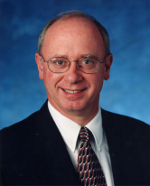 Tri-City Medical Center hired Tim Moran to be its new CEO in June. He has more than 35 years of health care experience and replaced former hospital CEO Larry Anderson, who left after about four years in the top spot. The hospital’s board had voted to fire Anderson, citing a number of reasons, including an allegation that he pressured the hospital’s financial officer to misstate financial reserves. Anderson filed a claim with the hospital stating that he terminated his contract before the board vote. The parties are in arbitration.

After four years of debate, the San Diego City Council in February supported a resolution to authorize fewer than 30 medical marijuana dispensaries to operate in the city -- a drop from the 140 or so that were operating without permits.

Under a plan offered by Councilmember Lori Zapf, each City Council district will have a maximum of four dispensaries. But zoning laws and other requirements will likely lead to fewer dispensaries in various districts. Medical marijuana proponents say it's possible that as few as 10 dispensaries will meet all the requirements.

The City Council then moved its attention to mobile dispensaries, which remain illegal under the city’s zoning laws. However, the website Weedmaps.com shows that mobile medical marijuana providers far outnumber storefronts in the city.