By JENNIFER MCENTEE, Special to The Daily Transcript
Wednesday, November 12, 2014 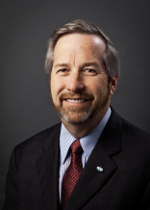 Brian Cahill has been a leader in the local construction industry for three decades. As head of the Southwest division for San Diego’s largest general contractor, Balfour Beatty Construction, Cahill said the last decade has been particularly transformative.

“The industry has changed a lot in the past 10 years,” Cahill said. “It’s a very challenging and competitive industry. It used to be about the dollar, but now it’s about the people and the culture, and inspiring people.”

Cahill said the local construction industry offers clients a better experience than in years past. A low bid price isn’t enough. Clients are looking for contractors who can efficiently bring a project in on time, on budget and with the most expertise.

“Construction companies don’t have factory lines,” he said. “We’re nomadic. What we really have to offer is people, so we want to offer the most motivated and inspired workers.”

The firm's breadth of work in public facilities, federal and military buildings, and school campuses (the company is ranked among the five largest education builders in the nation) has helped Balfour Beatty survive economic turbulence, Cahill said.

“We don’t have all our eggs in one basket. It’s been one of the things that has helped us weather the fluctuations in the market,” he said.

Balfour Beatty is also providing Mesa College with design-build services for a new 65,000-square-foot cafeteria and bookstore and a 57,000-square-foot Center for Business Technology building. The company previously built a five-tier parking structure and a 6,700-square-foot police station on the campus.

For Cahill, the Mesa College work is an opportunity to give back to a school that influenced his life and career, he said. After five years as a diver in the U.S. Navy, Cahill went to school at night to earn his aviation science degree from Mesa College.

“It was a great place for me to go to school right out of the military,” he said, noting the recent fitness center groundbreaking event was a chance for him to come full circle. “I got to come back and give them a big thank you.”

At San Diego State University -- where, incidentally, Cahill transferred from Mesa in 1986 -- Balfour Beatty recently began a $53 million renovation of Zura residence hall. The design-build project is intended to improve accommodations at the 141,000-square-foot, three-tower housing facility, which dates back to 1968.

Density at Zura Hall is being increased from 585 beds to 606, and improvements will include a revamped main entrance, the enclosure of some balconies for bigger rooms, window and seismic upgrades, and new plumbing and electrical systems. Completion is slated for the summer of 2015.

“The campus is just getting better,” Cahill said.

Meanwhile, at the Las Colinas Detention and Re-Entry Facility in Santee, Balfour Beatty has completed the first of a two-phase design-build contract, and has begun the second phase. Phase 2 is expected to be complete in January 2016.

“We’re just going to keep doing what we’re doing. Phase 1 was delivered on time and on budget,” Cahill said.

Cahill said Balfour Beatty will continue to focus on its core markets into the future, but would also like to take on more private work including office buildings and residential projects. Additionally, Cahill is interested to see what comes of talks for a new San Diego Chargers stadium.

“I don’t care where they put it, but I want to keep the Chargers in San Diego. It’s time,” he said. “I’m a big supporter of the Chargers and I think San Diego needs to have an NFL team. I would love for our company to be part of it.”