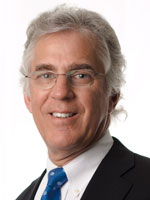 A longtime San Diego real estate executive with more than 35 years of industry experience will take over the helm of the Burnham-Moores Center for Real Estate at the University of San Diego in January.

Stath Karras -- executive managing director of Cushman & Wakefield for the San Diego area -- has been named the new executive director for the center, replacing Mark Riedy, founder of the university’s real estate program.

Riedy announced his retirement in August, with his last day set for Jan. 15, 2015. Karras will assume his new role effective Jan. 19. 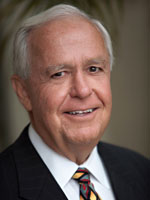 “I am excited and honored to follow Mark as executive director,” Karras said in a release. “It is a change of pace and perspective for me and will be a wonderful career opportunity. I treasure the achievements of the center under Mark’s leadership and believe firmly in its future potential.”

Karras was the long-time CEO of Burnham Real Estate Services before its acquisition by Cushman & Wakefield in 2008, beginning his tenure in 1989.

He is past chair of the San Diego Regional Economic Development Corp. and continues to serve on the EDC’s board of directors.

Karras has been an active member of the Burnham-Moores Center’s Policy Advisory Board Executive Committee since 2003. The committee, comprised of senior business and real estate executives, provides policy guidance and financial support for USD’s real estate program.

Karras was traveling and was not available for further comment before press time.

Manzur Rahman, associate dean for the USD School of Business Administration, was part of the seven-member search committee that vetted about 20 candidates, narrowed the group to four for full-day interviews, and ultimately selected Karras.

For several months prior to the recruitment and selection process, and after Riedy notified the university of his intent to retire, officials began clearly defining the position, since hiring had never been done for the role before, Rahman said.

He said the center and business school leaders decided to hone in on an industry person, rather than a professor.

“The center and our program has matured such that we could divvy up that role a little bit,” Rahman said.

Deep experience in the San Diego real estate community, involvement with the Burnham-Moores Center, an impressive resume and overwhelming support from stakeholders he met during interviews led to his selection, Rahman said.

Karras holds two degrees from the University of Utah, a Bachelor of Science in mathematics and a Master of Business Administration, with an emphasis in finance. He was also a teaching fellow in real estate investment and appraisal.

In 2008, the Burnham-Moores Center awarded Karras a distinguished leadership award recognizing those who have demonstrated long-lasting support and leadership of the center. Riedy said at the time that Karras was instrumental in helping to secure the $5 million gift that endowed the center in 2004.

“Looking ahead, I fully expect his selection to translate into continued growth in the industry’s strong support for the center, expansion of interdisciplinary activities involving the real estate program with other departments at USD and even greater value creation for this community," said Dave Pyke, dean of the USD School of Business Administration, in the announcement.

The USD center was founded in 1993, with Riedy chosen to be its first director. Four years later, it held its first real estate conference, which is now held annually and attracts hundreds of professionals and features nationally recognized speakers.

In 2002, the USD Trustees approved the Master of Science in Real Estate, with 31 in the program for the 2014-15 academic year. The center also offers an undergraduate major, a minor and a Continuing Education certificate program.

Riedy, who was also unavailable for comment before press time, has devoted nearly 40 years to real estate finance, with a career that has at times positioned him among influential people in his field.

Riedy has also served in executive roles for the Mortgage Bankers Association of America and the National Council of Community Bankers, as well as on the boards of several companies.

“Stath is 100 percent committed to advancing the quality of USD’s real estate program and expanding its reach locally, as well as globally,” Riedy said in a statement.