By TONY LOVITT, Special to The Daily Transcript
Monday, March 16, 2015 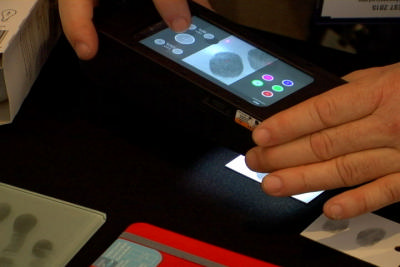 We're living in a digital ecosystem. At any given moment, we have at our fingertips nearly unlimited options to easily accomplish daily tasks on our mobile devices — hailing a taxi, making dinner reservations, buying theater tickets and conducting financial transactions — wherever and whenever we want. What if the U.S. military had similar mobile and connected technology options at its disposal? Technology that would significantly improve the military's ability to leverage their cyber and intelligence gathering infrastructure and create more digital warriors able to benefit from the mobile and interconnectedness seen in commercial applications around the world.

That was precisely the thinking behind the "Vision 20/20" strategy, introduced in 2012 and led by Horacio Rozanski, now Booz Allen Hamilton's CEO. Rozanski saw an opportunity for Booz Allen to expand its offerings to the federal government — including the Department of Defense (DoD), all branches of the U.S. military and the intelligence community — beyond the traditional management consulting role Booz Allen has played for more than 100 years.

"As our firm evolved over the years, we have become an essential partner to the government, helping leaders understand different ways to do things smarter and more efficiently," said Karen Dahut, a Booz Allen executive vice president who heads the firm's Strategic Innovation Group (SIG), a "Vision 20/20" offspring.

According to Dahut, Booz Allen has added capabilities to address the government's need for an engineering consultant to advise and assist in two strategic areas: how to get more bang for a buck in today's budget-constrained environment; and developing a rapid prototyping capability that addresses constantly changing mission requirements. 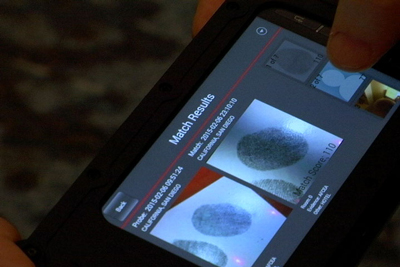 For example, Booz Allen has made significant investments in the past couple of years by acquiring additional engineering and support services and now boasts a more than 1,000-person engineering staff called Booz Allen Hamilton Engineering Services.

"Rapid prototyping and integration are the keys to success," Dahut said. "Instead of using traditional defense contractors and equipment manufacturers, we decided to talk to the ‘Amazons,' the ‘Intels,' the ‘Microsofts' of the world and see what they've got that might help the government. Because of Booz Allen's status as a trusted adviser, it became natural for us to help those types of firms with great commercial or industrial solutions apply them to military and intelligence challenges."

Unlike the days of the Cold War, when the United States focused on the Soviet Union as the primary threat, the U.S. military today faces a different kind of threat, according to Steve Soules, an executive vice president who leads Booz Allen's C4ISR business.

"The threat has changed. It has become irregular in nature. We also find our military forces conducting more complex operations, meaning they have to work together across services in a far more joint environment," Soules said. "If you purchase complex technical systems without consideration for how you operate with the other services, joint or coalition forces, you are hindering your ability to successfully perform your missions. You need everybody working together. Integration and interoperability of technology allows you to perform better and more cohesively in any environment."

Better performance requires better tools and answers. And Greg Wenzel, a Booz Allen executive vice president and a self-described "computer science guy," is in charge of the company's digital solutions initiative and approximately 3,500 IT professionals.

"The Navy sailors on the ship, they're young men and women. At home, they use their iPads and they're online, utilizing the latest in mobile and interactive media. Then they get on ship and they have this trackball that they use for command and control. We're talking late ‘80s, early ‘90s technology," Wenzel said. He explained that Booz Allen's digital solutions initiative is focused on the digital warrior and creating a digital ecosystem for the federal government.

"Using our rapid prototyping capability, we have developed products that actually do bio-surveillance as well as command and control tracking. We also focus on the really hard stuff for major, enterprise-wide IT systems. How do you get a community to integrate and start reusing so that they are actually being more efficient?" Wenzel asked. "We are working across the DoD and with the Navy in particular, on integration and interoperability issues. There are officers who are saying they need to be functioning in a networked capacity for more lethal force, rather than as individual ships, each doing their own thing. Solving the hard problem is what Booz Allen brings to the game."

Dahut said Booz Allen's Strategic Innovation Group is currently selling an array of products, with more in development. Some of the products were recently showcased at the San Diego Convention Center during AFCEA West 2015. According to Dahut, the SIG is focused on four primary objectives: getting ahead of and being able to predict cyber, global and insider threats; leveraging data and the insights from that data that might be used by cyber-terrorists to transform and disrupt businesses; using digital technology to change the way Booz Allen clients perform their missions; and producing, in a very rapid manner, prototypes that address mission-critical needs for customers.

Click here to view the product gallery video and photos from WEST 2015.