A new state law requiring commercial real estate brokers to disclose when they represent both sides of a sale or lease transaction took effect Jan 1, but a related court battle continues to be waged.

Hughes, who isn't sure everyone is adhering to the new regulation yet, said the brokers must now reveal when both sides are represented -- something he claims wasn't automatically happening before.

"They have to disclose what the conflicts are," Hughes said. "This has to happen at the very first meeting." 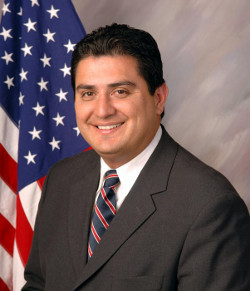 Hughes argued that not only is such disclosure necessary, but said a Los Angeles Superior Court case known as Horiike v. Coldwell Banker Residential Brokerage could have a lot to say about brokers who represent both sides of a transaction -- despite the fact that the case involved a residential, rather than a commercial, property.

In the case in question, a single brokerage represented the buyer and the seller in a home sale in Malibu but used two different salespersons. The buyer brought several claims alleging a conflict of interest against the broker and the salesperson who listed the property for sale, including breach of fiduciary duty.

The trial court dismissed the claim on the argument the individual who listed the property didn't have a fiduciary duty to the buyer. The court also instructed the jury that the broker had no liability for a breach based on the salesperson’s acts. The jury returned a verdict in favor of the defense on the remaining causes of action. 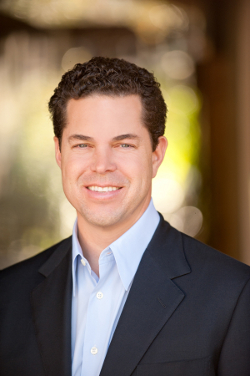 The appellate court then reversed the decision, saying that a breach of fiduciary duty had occurred as a result of the dual agency and that the judge had improperly instructed the jury.

Hughes said if in the coming months the appellate court ruling is upheld at the California Supreme Court, that ruling will have the effect of requiring full disclosure of potential conflicts within an organization, as well as amongst individuals.

"In other words, even if you are a tenant broker with CBRE, you have to disclose the fact that CBRE also represents landlords," said Hughes, who ultimately hopes that brokerages will represent only landlords or tenants.

Landlords and tenant brokers were contacted for this story. Some declined to comment. Others were vehemently opposed to what Hughes and Hueso have done, arguing that the law just adds a complicated extra step.

Dan Broderick, president and regional managing principal of DTZ's San Diego office, said not only were these dual agency relationships already being disclosed, the requirement has not made a difference.

"This has had no impact, unless it is to cause more paperwork and bureaucracy," Broderick said. "We required disclosures already, but it was less formal and rigid."

Michael J. Holmes, a partner in the San Diego office of the Allen Matkins Leck Gamble Mallory & Natsis LLP law firm, wrote an article for GlobeStreet.com that called the new law "much ado about nothing."

Hughes and Hueso say their law already puts commercial disclosures on an equal footing with residential. Holmes, along with Broderick, contends that the new law is worse than superfluous, however.

Holmes also said "the amended law does nothing more than generate additional paperwork."

Ron Miller, a Colliers International senior vice president and tenant broker, also is less than happy with the new disclosure law for the same reasons.

"It has created a lot more headaches. … It is already clearly stated in the documents who represents whom," Miller said.

Hueso counters that he was convinced when he introduced the bill last year that additional protections were necessary for the consumers and the brokers on both sides of the transaction.

“Lack of disclosure often leads to higher lease prices. In San Diego, leases created under a dual agent are on average 9 percent higher than those negotiated between two brokers,” Hueso said. “As new business owners enter the California economy, we want to ensure that protections are in place that level playing field and improve their chances of success."

Hueso argues that there are several reasons the legislation was necessary. He said, for one thing, the tenant or a new buyer may not be as sophisticated as the landlord.

"For example, a small-business owner whose only real estate transaction over the next five years will be his or her office lease is not going to be as sophisticated as a landlord whose primary business is real estate and who is negotiating multiple leases a year with the help of a team of sophisticated professionals," Hueso states. "That business owner is at a severe disadvantage at the bargaining table."