Publisher IDW is making name for itself 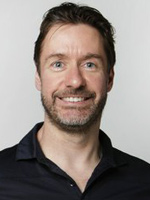 If you're not one of the collectors, gamers, cosplayers or diehard comic book fans attending Comic-Con International: San Diego this week, maybe you haven't heard of IDW Publishing. But chances are you've heard of its titles.

The San Diego-based No. 4 publisher of comics by dollar and unit share released "30 Days of Night," and publishes licensed comics such as "Transformers," "Teenage Mutant Ninja Turtles," "My Little Pony" and "CSI."

The company is poised to gain more recognition with its recent moves — both physical and business.

The publisher moved its offices in April from an east Pacific Beach business park to the more prominent arts district in Liberty Station, where it has more than 18,000 square feet.

"As we started to look around, we fell in love with Liberty Station. It has such a campus feel, and we're actually in the arts district, so we're surrounded by other kinds of artists," Adams said in a recent interview. "It's just a really vibrant community."

Liberty Station arts district tenants are required to engage the public with the work they do. In response, IDW launched the San Diego Comic Art Gallery, creating a permanent home to showcase the art form.

"We could've had something much smaller, quite frankly, where we just had some art on the wall and opened our doors once a month,” Adams said.

“But rather than do something small, we decided that we wanted to put together an art gallery that celebrates the art that we love so much."

The first exhibition, which opened in June, features the work of Kevin Eastman, co-creator of the Teenage Mutant Ninja Turtles.

Visitors can also see Eastman's creative process — and maybe even see him at work — the gallery also has a permanent studio for the San Diego artist and writer.

An additional studio will be set up for an artist in residence.

The gallery is open Wednesdays through Sundays, with extended hours this weekend to accommodate Comic-Con attendees. The Eastman exhibit will be up through the end of the year.

Another move expanding IDW's publishing library and products is the December 2014 acquisition of Top Shelf Productions. Top Shelf titles include the No. 1 New York Times best-seller "March" by U.S. Rep. John Lewis and "League of Extraordinary Gentlemen" by Alan Moore.

Adams and Oprisko ran the creative service division for WildStorm, which was discontinued when the company was sold to DC.

WildStorm allowed the startup to take over the business, giving IDW a client roster before it officially opened.

"I always wanted to start my own business," said Adams, who hails from Oregon and earned an MBA from the University of Notre Dame. "So I corralled three of my friends together and we just thought we'd give it a shot. It was really about being able to fulfill our own destiny."

IDW began as a creative services company, providing art and graphic design to entertainment companies. In 2002, IDW took a chance on publishing "30 Days of Night," its first foray into comic books.

The horror comic book miniseries became a success and was later turned into a film. The company found continued success with "CSI" the following year and stayed on the comic book publishing path.

These days, Adams, who calls himself a "product guy," is always on the lookout for creative ways to expand distribution.

One of his most successful ideas was the "micro comic fun pack" — a small version of a comic book that includes stickers and a collectible poster. The fun packs are sold at mass retailers such as Target and Wal-Mart, and Adams said they are bringing kids back to comics.

The idea is that a child buys a fun pack and gets interested in the comics, which drives sales at the local comic book shop.

"The market really went away from kids for a while,” Adams said. “The comics were all mostly for men in 20s, 30s and 40s, so it's nice to see kids getting back into comics, and ‘My Little Pony' has been tremendously successful for us.

“We also relaunched all the major classic Disney characters like Mickey Mouse, Donald Duck and Uncle Scrooge. So the kids' side of the market has really expanded. It went from almost nothing to something significant in the last 24 to 36 months."

IDW has seen significant growth in recent years, precipitating the move to Liberty Station. The company now employs more than 50 full-time employees and more than 300 freelancers.

Adams attributed the increase to the success of new divisions, an increase in digital publishing and a renewed interest in comic books.

"One of the things we're very good about is finding new formats and new distribution for our content. We're always finding new ways to sell comics," he said.

"We started a division about a year ago, IDW Games, which has been very successful for us very quickly, so that's been driving revenue.

"Also, I think the world is very interested in comic books right now, so it's a great time to be a comic books publisher. If you look at pop culture, so much of it is driven by comics. There's just kind of a fervor for what we do."

In 2013, IDW started an entertainment division to develop its books for television. IDW Entertainment is in development on a number of projects, including "V Wars" by New York Times best-selling author Jonathan Maberry, "Pantheon" with co-creator Michael Chiklis, and "Dirk Gently's Holistic Detective Agency" by Douglas Adams with writer and executive producer Max Landis.

An increase in digital sales is also helping the bottom line. According to a report by ICV2 and Comichron, two comics industry trade news and data sources, the digital market in North America has exploded from about $1 million in 2009 to $90 million in 2013. It's the fastest-growing market in the industry.

"There's that convenience factor with digital distribution of content; you get to have it right now. It's that instant gratification," Adams said.

"A lot of people being reintroduced to comics on digital devices are then searching out the physical product through comic book stores. We've seen significant growth in e-book versions at the same time we're seeing solid growth in the physical versions."

With so much going on, Adams said he isn't looking to diversify the business any further in the short term. Rather, the CEO said the company will focus on its publishing, games and entertainment divisions.

"We have to reinvent ourselves every month because we're producing between 60 to 70 new products each month," he said.

"So the challenge is to make sure we're working with great creators, being smart about what the market wants and that we're listening to our customers. It always revolves around making great content."

IDW will participate in several panels at Comic-Con, and attendees can check out the IDW booth on the convention floor.