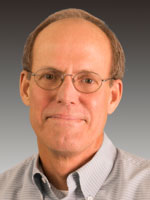 As a practicing economist for the last 30 years, I have spent much of that time studying the impact of prevailing-wage policies. And I was heartened to see that George Hawkins had looked at some of my recent work.

Mr. Hawkins rightly notes that too often, the debate over the merits of prevailing-wage policies has devolved into ideologically based arguments and conspiracy theories — neither of which is rooted in fact or data-driven analysis.

Peer-reviewed economists enjoy no such luxury, and that's what has made a series of new impact analyses about prevailing wage — analyses that for the first time model the impact of these policies on broader economic factors such as job creation — so important, and so discomforting for those who oppose these standards.

In performing our analysis — which led to reports about what the economic impact of changes to prevailing-wage policies would be in California, Wisconsin and Michigan — we started with an examination of the entire country. As it turns out, the United States is divided pretty evenly between states that have average or strong prevailing-wage laws, and those that have weak or no such standards at all.

We then plugged the economic and construction industry census data sets into an industry standard modeling software called IMPLAN. What we found were rather stark differences in the dynamics of these two different types of states.

The construction industries of non-prevailing-wage states, for example, spend considerably more on fuels, materials and purchased services than states with prevailing-wage standards. They also hire more contractors from out of state.

Prevailing-wage states, by contrast, spend more on wages and benefits, but also hire more in-state contractors and get about 13 percent more productivity out of their workforce.

Ultimately, the notion of cheaper labor equals cheaper projects, which Mr. Hawkins notes in his piece, is steeped in a myth. Labor just isn't that much of a total project's cost. In fact, it pales in comparison to fuels, materials and purchased services — all of which cost more in non-prevailing-wage states.

As they relate to overall project costs, the spending differences between the two different types of states offset each other, which is what makes prevailing wage cost-neutral as a policy matter.

These facts help explain why, to use a local example, the Charter City of Carlsbad recently noted that "savings were hard to ascertain," when asked about the financial impact of its decision not to pay prevailing wage on local public works. In the same survey, it also suggested that changing its policy on prevailing wages had resulted in more change orders, costly project delays and other issues.

Ultimately, the new economic impact data — such as prior peer-reviewed data that show higher rates of worksite injuries, poverty and construction worker reliance on public assistance in non-prevailing wage states — is what ultimately tips the scales in favor of prevailing wage as a policy choice.

That's because higher wages and more local people working translates to more spending across all sectors of the economy — whether at grocery stores, movie theaters, paying the rent, getting your car fixed or buying a life insurance policy. And this directly translates to more jobs — or in the case of non-prevailing wage states or communities, fewer jobs.

In Wisconsin and Michigan, where prevailing wage repeals have been under active consideration for much of this year, such analysis is especially important. In Wisconsin, Gov. Scott Walker has already signed a repeal bill that will net job losses of 8,700, export $500 million of construction investments out of state, and reduce overall economic output by $1.2 billion.

In Michigan, where a past experiment with prevailing-wage repeal failed in the 1990s, a new drive to repeal the policy is underway — and would cost Michigan 11,300 jobs, $700 million in local construction investment and $1.7 billion in economic output.

Finally, when it comes to prevailing-wage policy, I'll agree with Mr. Hawkins that politics play a role — but the difference between a good and bad judgment on this policy is whether politics trump facts.

On this score, there is much to be learned from Michigan and Wisconsin. Michigan's Republican governor, who deserves credit for turning that state's ailing economy around, is actively opposing repeal. By contrast, the Wisconsin Republican governor who signed a repeal is running for president.

Dr. Duncan is a professor of economics at Colorado State University Pueblo and a senior economist at BCG Economics LLC.
View all comments
User Response
1 UserComments
Bob Yeggy 12:00am September 11, 2015

too late for Indiana