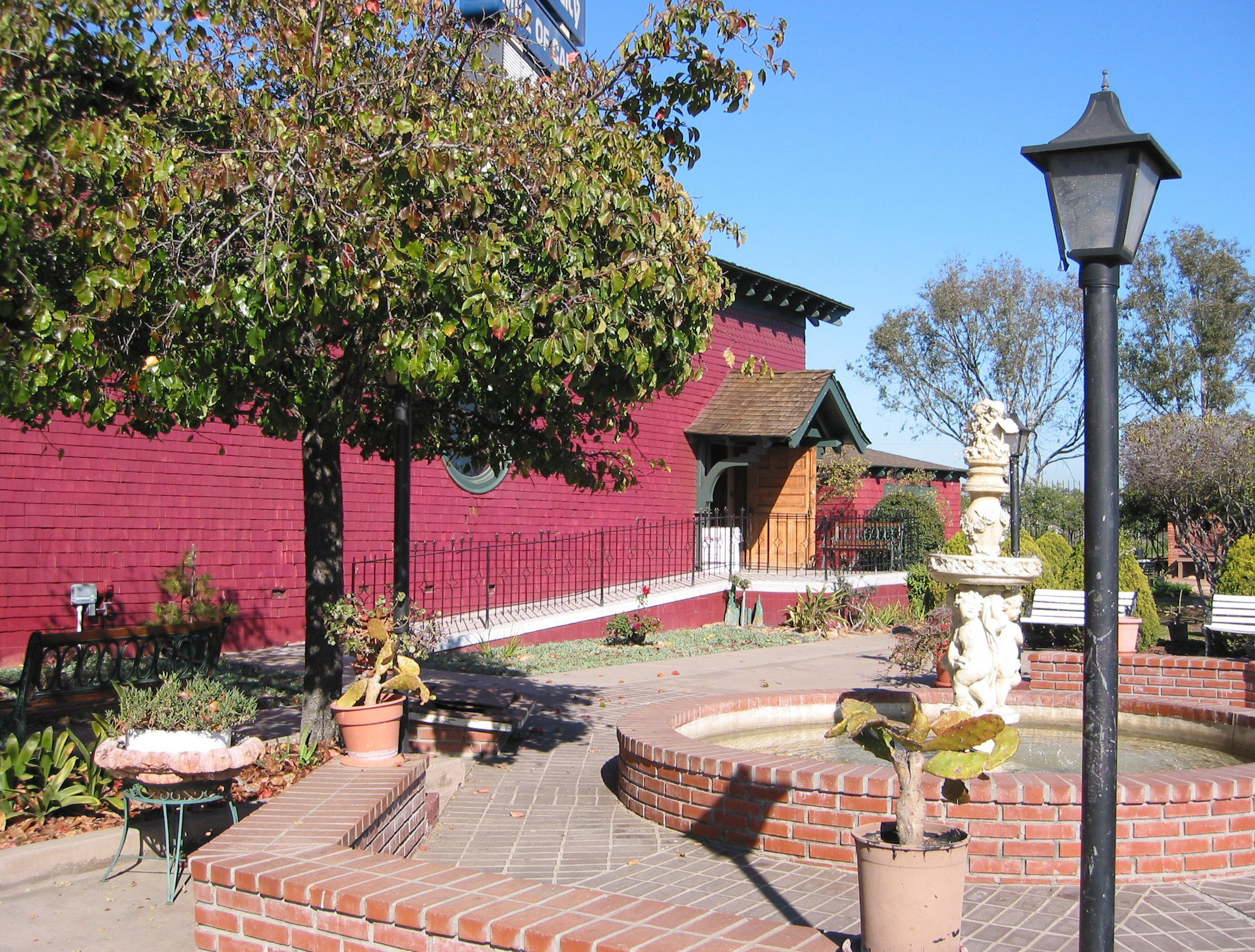 The Granger Music Hall is an Irving Gill designed Victorian building carefully preserved and restored by National City and listed on the National Register of Historic Places.

The red shingled hall was built by Ralph Granger, a Colorado silver mining millionaire, who loved music. Granger bought a mansion in Paradise Valley in the 1890s. In addition to his love of music, Granger was an accomplished violinist himself. He built a special music hall close to his new home to house his extensive violin collection and to serve as a venue for musical concerts.

The hall Granger built was special in every detail. Irving Gill, the well-known San Diego architect, designed the hall to have the best acoustics possible. To accomplish this feat the walls are bowed slightly instead of perpendicular. The acoustics still delight audiences. Sound travels from one end of the hall to the other without distortion and no amplification is needed.

The painted ceiling depicts a celestial scene of Euterpe, the Greek Muse of Music and Erato, Muse of Lyric Poetry. The muses are surrounded by cherubs on a robin's egg blue background. The intricately carved screen at the front of the hall once housed the pipes of a large organ built by Murray H. Harris. Harris also built the organ for the Morman Tabernacle in Salt Lake City.

The hall was saved from demolition in 1970 and moved to its present site by the efforts of the National City Historical Society. It has been restored to its original colors and look by devoted volunteers.

Granger Hall is available for weddings, recitals and other adult events. It holds a maximum of 257 people and will seat 200 for a sit down dinner. Information is available at 619-477-3451.