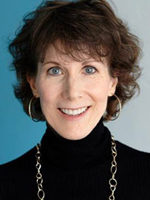 A few years ago I needed to have two window blinds replaced in our home. The process of ordering these blinds from a local merchant was excruciating. The store was disorganized, made one mistake after another, and could never even find my order in their computer! The good news is finally after several weeks the blinds were delivered to our home -- the bad news is that both of the blinds were incorrect. This is where the plot thickened even more.

I was told the store would order the correct blinds. With their track record so far, I was dubious, so a week later I called the store to verify the blinds had been reordered. The person I spoke to on the phone had a hard time yet again finding my order, and then when she finally had it in front of her she said, "I see in the file that they have not been reordered yet and the reason is that the supervisor is trying to first determine whose fault it was that the wrong blinds were ordered." I cannot make this stuff up! In this case, placing blame was more important than fixing the problem and getting the customer their order.

Blaming seems to be a natural reflex in some organizations. When something goes wrong, the first question often is, "Whose fault was it?" When there is only blaming, however, there may be little problem solving, and no time taken to understand root causes, and no learning for the next time. Clearly in my window blind scenario, it was a systemic problem, not the fault of one person. In the several weeks I spent in the rabbit hole of trying to get two new blinds, I came across many good, smart, well-intentioned people who tried to help me, but who simply couldn't do so within the store's system. (Business visionaries from Deming to Ackoff to Senge have all emphasized that improving systems that people work in, rather than rating individuals themselves, is the most effective way to leverage improvements in organizations.)

There are many consequences to an organization that has a blaming culture. Blaming often provides a simplistic and artificial solution to a complex problem ("I know what the problem is, and it's you"), reducing the chances of getting to the real problem and solving it for the next time. Blame also creates fear and destroys trust. If we're jumping to blame, we may believe that other people don't care or have a lack of ability, rather than trying to understand all the complexities of what may have contributed to the situation. Another consequence of blaming cultures is that people are often busy trying to protect themselves and feel they can't admit mistakes so people spend time denying problems rather than solving them. Finally, blaming discourages innovation and creative solutions. People who are afraid of being blamed don't take risks, and risk is essential for innovation.

Although blame can provide some immediate relief and a sense of having solved a problem ("It's their fault"), in reality, blame is a quick fix that can not only hurt relationships but can also divert attention from real, long-term structural solutions.

Jan Zaragoza provides workshops on "It's Not My Fault! Building a Team That Has ACCOUNTABILITY." She is president of High-Performance Training Solutions, a performance improvement firm specializing in the areas of business communications and supervisory and management development. For more information, see www.hpts.net. You can contact Jan at 858-484-1734 or janz@hpts.net.
User Response
0 UserComments