The distinctive design of the new Central Library with its iconic dome has changed not only our city’s skyline, but also the way we will interact with one another and our environment. This remarkable transformation is due in large part to the architects who worked with the community and the city to achieve a collaborative vision for this library of the future.

In the mid-1990s, through an international competition, local design architect Rob Wellington Quigley was selected to work on the new Central Library project. As an early proponent of green design, Rob’s firm specializes in sustainable architecture, which has been incorporated into projects ranging from affordable housing and single-family homes, to The New Children's Museum and the Solana Beach Transit Station. 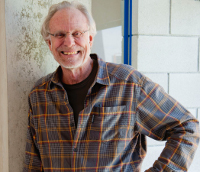 A hallmark of Quigley’s practice is his ability to build consensus, whether during a public participation process or with a multiple-client project.

“What I am most pleased about is the way the people of San Diego worked together to make this happen in the absence of any traditional funding from the city,” Quigley said, reflecting on the project. “It is truly a remarkable accomplishment and unprecedented, in my knowledge, in the country.”

Working with Quigley on this project was Arturo (Art) M. Castro, principal/partner for Tucker Sadler Architects, a San Diego-based design firm. Castro served as project director for the design of the new Central Library. He provided accountability for the project while ensuring the timely commitment of resources from Tucker Sadler and sub-consultants. With more than 36 years of experience with Tucker Sadler, Castro has been involved in various building types -- ranging from simple to complex -- and he now serves as managing principal for the firm’s most complex projects. 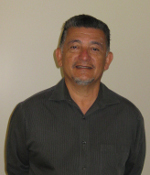 “I am overjoyed by the fact that after decades of waiting, the community finally has its new Central Library,” Castro said, when asked what he most valued about his involvement on the Central Library project. “It represents a civic building specifically designed for use by the public. Many of the features incorporated into the design reflect input from the Community Workshop. This is a testament to the design process for a major civic building.”

The success of this civic building project is already evident. The Central Library won the 2013 “Best in Show” by the Decorative Concrete Council, a specialty council of the American Society of Concrete Contractors. This independent panel of industry professionals who recognize decorative concrete projects around the world, based this award on the project’s aesthetics, craftsmanship, functionality and creativity.

As the city moves to the next phase of actually using the Central Library on a day-to-day basis, we can all take civic pride in how the community’s collective vision was translated into an aesthetically stunning and functional space by these two great local architects, who are so passionate about their community.