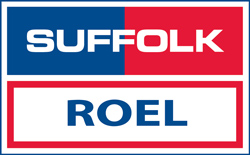 When potential clients ask Suffolk-Roel Construction team members what they bring to the table that’s different from other contractors, their answer is "iPads."

"Back in the midst of the great recession in March 2011, when many of our competitors were running for cover, we invested in 900 iPads and gave one to every employee to enhance their use of cutting-edge technology," said Mark DiNapoli, corporate chief operating officer of Boston-based parent firm Suffolk Construction Co.

"When we go to client presentations today, we sit alongside them rather than across the table from them so they can see the virtual models and schedules we built for them. This use of technology and collaborative approach to working with clients is just another way for us to demonstrate the value-add we bring to the table."

Using iPads is one example of how Suffolk-Roel rolls. While its name might sound familiar to generations of San Diegans, the firm is the result of Suffolk’s acquisition of family-owned ROEL Construction in January 2011. ROEL had been in business in San Diego County since 1959 and in business since 1917. 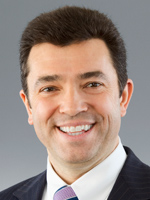 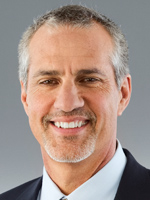 "During the Great Recession, many companies hunkered down and decided to wait it out, but Suffolk looked forward," DiNapoli said. "While there was a significant overall reduction in the commercial construction market throughout the entire country, our CEO John Fish — who’s a very visionary person and a real leader in the business — saw this as a great opportunity to evaluate other markets nationwide and identify key construction competitors in high-growth regions that would merge nicely with our culture.

"We had already been working in Irvine for about 12 or 13 years at the time. We identified ROEL as a very well-respected business, long established in an important marketplace on the West Coast, San Diego. We also viewed ROEL as a nice addition because the firm worked in the same business sectors as Suffolk, including commercial, health care, life sciences, academic and higher education. Since the markets were challenged at that time, we felt it was a perfect opportunity to grow our business for the future." 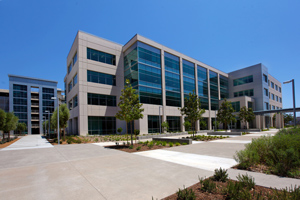 A section of the new County Operations Center campus in Kearny Mesa.

Since the acquisition was completed in March 2011, Suffolk-Roel’s construction portfolio in San Diego is expected to reach revenues exceeding $130 million this year, said Wayne Hickey, San Diego executive vice president and chief operating officer. In the four years prior to the acquisition, ROEL reported approximately $750 million in revenue and managed notable projects including Qualcomm corporate headquarters and two Father Joe’s Villages affordable workforce housing developments in downtown San Diego. Suffolk-Roel’s current projects include the County Operations Center in Kearny Mesa, a five-year, multiphase campus totaling almost 1 million square feet. More than half of this project has been completed, including a new conference center, and move-ins have begun at the new, 185,000-square-foot Registrar of Voters building.

Suffolk-Roel also is continuing a long association as a contractor for San Diego Gas & Electric, Hickey said. The firm performs specialized infrastructure work for electrical facilities, such as foundations for transformers and transmission lines. ROEL rebuilt SDG&E’s downtown headquarters about six years ago and still performs tenant improvement at the site. 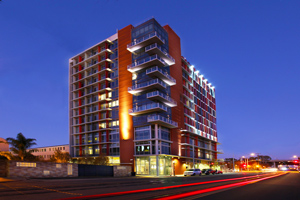 Continuity of the local ROEL staff is another factor that sets the firm apart from the competition, Hickey said: "Our team is comprised of longtime local San Diego residents. I’ve been part of it for 20 years, and we have another 20 employees who’ve been here 10 to 25 years. We have deep ties to the local community, not just with subcontractors but also with architects and consultants. We’re very strong in that department and we’re good, solid builders. We understand the marketplace. One of the many strengths that drew ROEL to Suffolk was the level of technology that Suffolk leverages on behalf of its clients. It’s very impressive. It’s something ROEL needed and Suffolk already had implemented across its organization."

"ROEL is now part of and supported by a $2 billion national general contracting firm with over 1,100 employees nationally, not including tradespeople," DiNapoli added. "We make sure the strength of our national resources is brought to bear for all our clients nationwide, and especially in San Diego. We’re ranked by Engineering News Record magazine as the No. 41 contractor in the country based on revenue. With those kinds of resources behind us, we have a very specific vision for our company that simply comes down to one phrase: ‘Transform the construction experience for our clients by building smart.’"